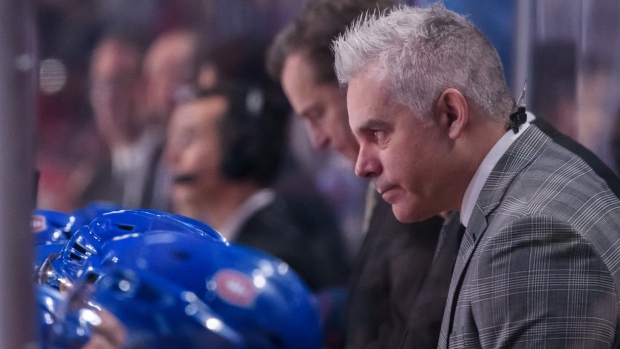 The new bench boss is wasting no time making his mark on the lineup with several lineup changes at the team's morning skate.

Sliding down to the third line is Tyler Toffoli, alongside Jesperi Kotkaniemi at centre and Corey Perry at right wing.

Artturi Lehkonen draws back into the lineup, joining Paul Byron and Joel Armia on the fourth line.

The coach confirmed following the skate that goalie Carey Price will get the start for Montreal.

Dominique Ducharme confirms that Carey Price will get the start in goal tonight.#GoHabsGo

The Jets are 11-6-1 against the rest of their division. Winnipeg is the top team in the NHL with 6.1 assists per game, led by Mark Scheifele averaging 0.9.

The Canadiens are 9-5-4 against opponents in the North Division. Montreal is 15th in the NHL with 34.1 shots per game and is averaging 3.4 goals.

The teams match up Thursday for the first time this season.

TOP PERFORMERS: Scheifele leads the Jets with 10 goals, adding 16 assists and collecting 26 points. Neal Pionk has 10 points over the last 10 games for Winnipeg.

Jeff Petry leads the Canadiens with 10 total assists and has 16 points. Phillip Danault has five assists over the last 10 games for Montreal.