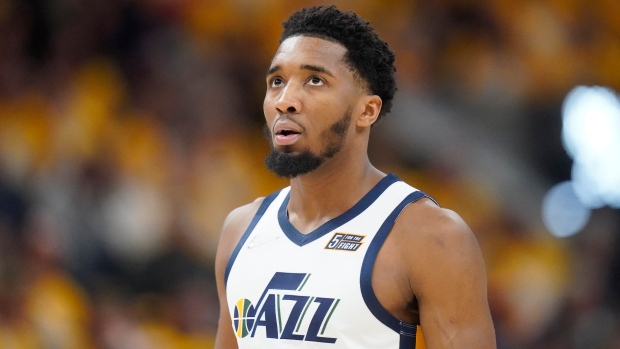 Could Donovan Mitchell on the New York Knicks still be a possibility?

The Athletic's Shams Charania reports the the Knicks and Utah Jazz have once again engaged in trade talks about the 25-year-old guard.

Charania notes that nothing is imminent between the two teams and the Washington Wizards and Charlotte Hornets are also interested in the three-time All-Star's services.

Originally taken with the 13th overall selection of the 2017 NBA Draft out of Louisville and acquired in a draft-night deal with the Denver Nuggets, Mitchell is set to embark on his sixth NBA season.

A trade to the Knicks would be a homecoming for Mitchell. Born in nearby Elmsford, NY, Mitchell's father, Donovan Mitchell Sr., is the New York Mets' director of player relations.

Should Mitchell be dealt, it would mark the second trade of a franchise cornerstone for the Jazz with Rudy Gobert having been previously traded to the Minnesota Timberwolves earlier this summer.