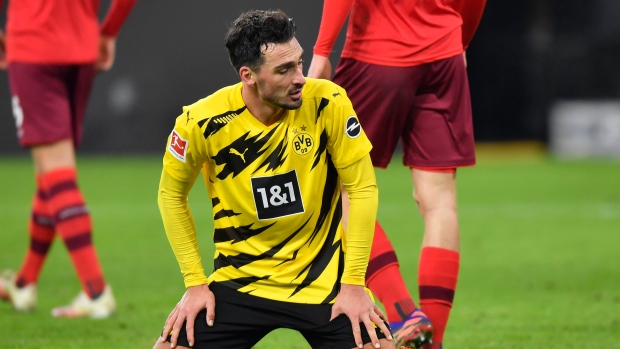 BERLIN — Borussia Dortmund lost at home to Cologne 2-1 and Bayern Munich survived a scare at Stuttgart to open a two-point lead in the Bundesliga on Saturday.

Bayern is two points ahead of Leipzig, which moved to second after beating Arminia Bielefeld 2-1.

Cologne held on in Dortmund to end its 18-game run without a win in the league. Erling Haaland and Mats Hummels missed late chances for Dortmund.

Kruse’s penalty put Union two goals up after just six minutes, but the home side failed to take further chances and Frankfurt fought its way back.