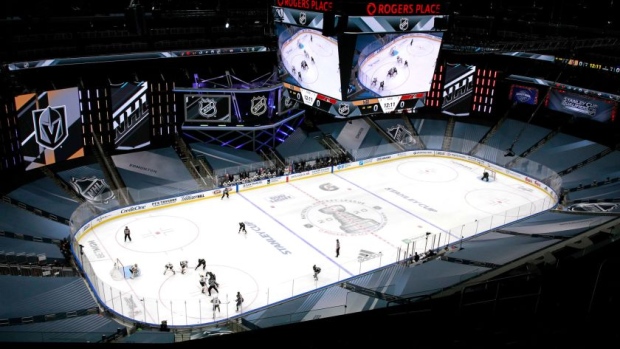 If there was any hope that Friday’s virtual General Managers’ meeting might shed light on the NHL’s latest projected start date for the 2021 season, it was quickly quashed on the call.

“We’d all like to know,” one GM said following the call. “But it’s almost impossible to ask for answers to questions that even the decision-makers don’t have answers for right now.”

Rather, the only thing confirmed on Friday was that whenever the puck drops, the NHL wants to do it with a bang. The league told its GMs that it anticipates starting next season in a unique setting - think picturesque backdrop, one that will be the brain child of NHL chief content officer Steve Mayer - something along the lines of the Lake Louise idea that was reported by the Toronto Star this week.

But even that planning will have to wait. The joint NHL-NHLPA committee that will help determine the next return to play format and scenario has yet to meet.

In the absence of concrete details, the GMs tabled a multitude of other agenda items during the two-hour call, ranging from the Draft Lottery to the Free Agent interview period to AHL and developmental league issues.

There was lengthy discussion on the Draft Lottery formula, which may be up for a tweak for the second time in six years. There is no question that the Detroit Red Wings left July’s Draft Lottery with a sour taste in their mouth. Detroit finished with 24 fewer points than any other team and - like every last place team since 2015 - had an 80 per cent shot to fall to the fourth overall pick.

Another manager spurred discussion on the reinstitution of an interview period for pending free agents. This off-season, for the first time since 2016, the five-day so-called “legal tampering period” was removed at the request of the NHLPA in collective bargaining.

The idea was to coax an actual Free Agent Frenzy on Oct. 9 - and it might have proven to be successful in any normal year. But the COVID-19 crunch - with a frozen salary cap and internal budget limitations - put a damper on the Frenzy. Nearly $450 million fewer dollars were spent in the first six hours on Oct. 9 compared to the opening of free agency in 2019.

Alex Pietrangelo, No. 1 on TSN Hockey’s Top 100 Free Agents list, waited more than five days until after he was able to tour and experience Vegas before inking a $61.6 million deal.

The manager who tabled the idea for an interview period suggested a shorter interview period than the previous five days allowed - think 48 or 72 hours - and argued that it would be more beneficial for both teams and free agents to freely engage in conversation.

But that interview period - just like everything else, including when, where and how the NHL will return to the ice - will have to be bargained and agreed upon by the NHL Players’ Association. Stay tuned.