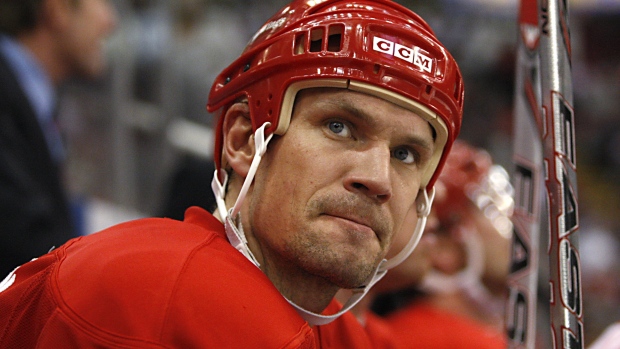 As a voting member, I can tell you that the task of filling out the ballot for major award winners is, and should be, a difficult one. There’s a deep responsibility that goes along with the honour of participating in this process. In the eyes of the critics, we may not always get it right, but there’s no excuse for not doing everything within our power to try.

The Norris Trophy debate always surfaces early in the second half of the regular season. Despite the fact that there’s at least five quality candidates for the award, the media and the fans — but mostly the media — are fixated on a two-horse race: Ottawa's Erik Karlsson, a two-time Norris winner, versus Drew Doughty, a two-time Stanley Cup champion.

Karlsson's offensive prowess has been impressive. By earning his 81st point of the season in a 3-1 win over the Florida Panthers on Thursday, the Senators captain slipped past Nicklas Lidstrom's career-best season of 80 points in 2005-06. Lidstrom recorded four seasons of 70 points or more and won the Norris seven times in his storied career — one fewer than Bobby Orr’s record of eight.

Lidstrom will always be remembered as one of the greats, and for many of today’s top NHL defencemen, his Hall of Fame career is viewed as the industry standard. So to push the Norris Trophy debate forward, I reached out to Lidstrom at his home in Sweden to get his take on this year’s crop of top candidates.

Potvin: Karlsson gets my vote for Norris

NHL Hall of Famer & Panthers analyst Denis Potvin joins The Drive to talk Sens Cats & he weighs in on The Norris debate.

The NHL ballot provides the following definition of what a Norris Trophy winner is or should be: “the defence player who demonstrates throughout the season the greatest all-round ability in the position."

And here is Lidstrom's definition:

"You have to be a solid all-round defenceman. You have to be good with the puck and be able to make plays and be the, not necessarily the offensive threat, but you can be the guy that starts the play that ends up with the puck in the back of the opponent’s net."

Lidstrom also acknowledges that the ability to play big minutes should be considered.

Lidstrom, now 45, still has a deep passion for the game and watches as much of the NHL as he can.  While he's not scouring the league and critiquing potential Norris Trophy candidates, he has identified the men most likely to be in contention.

"I can't say I’m really focused on who is going to win it,” he said. “But I follow the league over here in Sweden and I know about Erik Karlsson, of course, and the season he's had and the offensive skills he has.

“But, I also recognize what Brent Burns has been doing in San Jose and the goals he has been scoring. Same thing with Drew Doughty and how solid he has been playing. So I keep track of the players and how they are doing, but not specifically all the players. But I still enjoy following the game."

A follow-up call a short time later in an effort to get Lidstrom to bite on who he thinks will win the Norris was unsuccessful. This wily old veteran provided, as always, a thoughtful answer on the candidates but wouldn't pinpoint one player.

"Erik being able to put up all of those points and Burnsie, with the goals he has been scoring and the offensive trend he's been for the Sharks,” he explained. “Drew Doughty plays solid both ends of the ice.

“He may not be putting up as many numbers as the other guys, but he's able to start plays in his own zone and he can defend really well. Kris Letang is another guy, especially the way the Penguins have been playing the second half of the year. He's a big part of their success too. His name should be added to the mix as well."

Karlsson's offensive dominance is remarkable and perhaps, worthy of another major award consideration - the Hart Trophy, given to the player adjudged to be the most valuable to his team. The pushback on Karlsson comes from the flaws in the defensive side of his game. Where Doughty is credited with being sound defensively and has the ability to control the pace of a game, Karlsson's defensive blunders have drawn more attention this season as he's being scrutinized based on past success, more than ever.

So, as voters, have we drifted away from the true definition of the award?  If so, Lidstrom understands why.

"It's easier to look at the players who are putting up numbers,” he said. “If you're able to do that and you're playing well against the top line you are defending against every night or every game or the matchup you have every game, I think that is just as important. So, I think a combination of that is where you can find the Norris Trophy winner."

Karlsson's position as the top contender for the Norris is also being challenged based on Ottawa's poor performance. Some struggle with rewarding him when the Sens, like their six fellow Canadian franchises, failed to make the playoffs.

"It's a bit unfair,” he explained. “Let's take Erik's case for example. He's been playing great all year round, but the team hasn't play as well. He's been the top point getter for Ottawa and being a defenceman, you have to be strong to be able to do that.

“He's also been the guy bringing the game to help the team win. So I don't think you necessarily have to be on a playoff team to get more recognition. You can still get the recognition even though the team isn't playing as well. Tough task picking a winner."

Lidstrom on his future

Aside from the Norris Trophy watch, Lidstrom also discussed his immediate and long-term future.

On the short-term, he, Daniel Alfredsson and Mats Sundin are working as advisors for Team Sweden in preparation for the World Cup. Lidstrom says he's enjoying his role with the team, and while intrigued by the possibilities of one day reconnecting with the Red Wings and the NHL, he likes dabbling in hockey management at the moment.

"We'll see what happens,” he said. “I'm pretty happy with helping out Team Sweden and I'm also coaching one of my kids as well. I will reassess based on how things go with the World Cup...how I like that and then we'll go from there."

For the record, there have been no official discussions with Detroit about future employment, although if or when Lidstrom decides the time is right, the Red Wings will welcome him aboard.

Before our conversation wrapped up, Lidstrom spoke about his admiration for the NHL's ageless wonder Jaromir Jagr.  The 44-year-old Panthers star scored his 27th goal of the season Thursday in Ottawa, showing he's fully motivated for Florida's postseason drive.

"Really impressive, especially the drive he seems to have or still has,” Lidstrom said of Jagr. “To still have the drive to go out there and bring it every night, it's impressive and shows he loves the game, loves to play it and that’s why he is still playing. I'm really impressed by that."

Lidstrom recalls playing against Jagr and sees the same qualities in his game today that made him one of hockey's most feared offensive weapons years ago.

"He was hard to play against size wise and he was so good at protecting the puck,” he said. “He could also be the guy that could beat you one-on-one with his stickhandling skills.

“He was one of the toughest guys to defend against for those two aspects — the size and his stickhandling abilities."