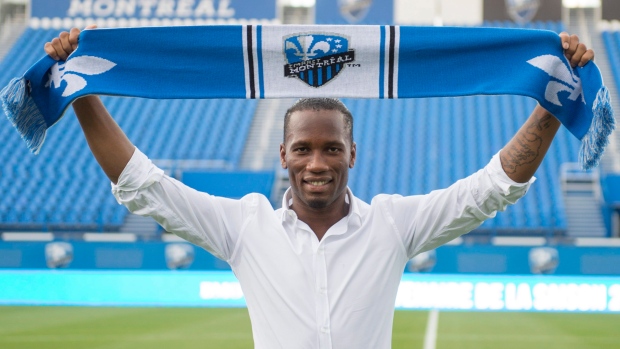 As we enter the business end of the MLS season for the Montreal Impact, things are mighty more upbeat than on that drab afternoon in early February when Joey Saputo gathered the media and laid out a rather grim assessment of how things were off the pitch for his club.

With the Impact president laying it all out bare to those in attendance, Saputo spoke of a dramatic decline in season tickets for the upcoming season, with less than 60 per cent of 2014 season ticket holders re-upping. This was put into a clearer context when Saputo disclosed that in the 2014 season the Impact had fallen into 14th position across the 19-team league in the standings marked, ‘Season Ticket’ sales.

This extremely poor performance at the box office was mirrored by tanking merchandise sales. Impact supporters decked out in club shirts had become an endangered species.  As alarming, ticket sales for the upcoming Champions quarterfinal had stagnated at astonishingly poor 15,000. This, after all was the same club who only six seasons earlier had packed in well over 55,000 for that historic 2009 quarterfinal.

‘The buzz had gone,’ Saputo proclaimed. With one of Italian football’s most successful natural goal scorers in recent times Alberto Gilardino having recently rejected the Impact’s overtures, you wondered whether Mrs. Gilardino who was widely reported to have convinced her husband to not make the move had, as part of their due diligence, got her hands on a copy of the Impact’s business of football blueprint.

Now, with Didier Drogba in Impact blue and signed through the 2016 season, Impact supporters should set up a crowdfunding page to raise the money to buy Mrs. Gilardino an expensive bouquet of flowers. Just as Sunderland supporters did for Mrs. Advocaat in the spring when her husband signed a contract extension at the BPL club.

Even though as attendances at Saputo Stadium have slowly but assuredly risen as the season has progressed, Montreal is most certainly one market in the league which has been in need of the type of off the pitch boost and spike the likes of only a Drogba provide.

In fact, even before the Chelsea legends signature was confirmed the excitement for the possibilities was quite palpable at Saputo Stadium some 48-hours before the Drogba announcement when the Impact played the Sounders back on July 25th. When the ref blew the full time whistle signalling the 1-0 win for the home side I would say at that exact moment ‘the buzz’ had finally made a most welcome return to Saputo Stadium. This, coming after an extended leave of absence which lasted through the entire 2014 season.

Heck, for all we know at that very moment Drogba himself could have been dancing and jumping around his London living room in celebration of Ciman’s splendidly well taken late winner as the three points pushed the Ivorian icon’s new club into 6th place in the Eastern Conference, and with it the final playoff position.

With the Impact very much in place for a position in the post-season the next time they take to the pitch on August 22nd, barring something rather unforeseen, Drogba will make his eagerly awaited debut when the struggling Philadelphia Union visit Saputo Stadium.

As anticipation builds for a match which will mark Drogba’s Impact coming out party, early Friday morning the Impact announced only 500 tickets remained. Which clearly means it won’t be long before the club tweet the match is indeed a sellout.

Drogba’s first road match should come a few days later when on August 26th the Whitecaps host the 2nd Leg of this season’s Canadian Championship Cup Final. The Impact’s latest designated player took in Wednesday’s 1st Leg sat alongside club captain Patrice Bernier who was suspended from the game owing to an accumulation of yellow cards.

With Bernier’s well documented self-imposed brief exile from the club stealing all the headlines of late, the Impact will be hoping for no more distractions in the week leading up to the debut of a player big things are expected and needed of both on and off the pitch.

Saputo requires and demands relevance in the marketplace for his club. Drogba provides that in abundance, and then some.

With the new season getting underway across Europe where all of the biggest clubs will be targeting May 28th’s Champions League Final in Milan only a handful of players command more stardust than the 37-year old striker. You can be almost guaranteed it was Neymar who asked Drogba to pose for a photo when the pair of soccer superstars bumped into each other at the airport in Ibiza just a few days before Drogba’s now infamous arrival in Montreal July 29th.

I honestly can’t think of another sports star in any sport or even a rock star who would have received the welcome Drogba did. Ridiculous, and down with it the kids most certainly were.

MLS has witnessed some mighty fine football talent arrive in the league during its 20th season this year, none of whom though bring the marketing cache which comes with Drogba in Montreal. A larger than life character who transcends his craft, even the Montreal Canadiens will benefit as PK Subban should now have more time on his hands to focus on that woeful power play of theirs.

Whilst Drogba will be of immeasurable benefit to his club for the remainder of this season, and his mere presence all but guarantees sell outs for the remaining six matches at Saputo Stadium, which includes a season ending date with Toronto on October 25th Drogba will also add thousands to the gate each time the Impact play on the road.

Although one player does not make a team, the Impact now present a wholly different dynamic to the opponent and one which should allow them to push on from their current sixth place. Especially so in light of the games they have in hand over all teams currently above them in the Eastern Conference.

The target now should be a top four finish, and in doing so they would host that crucial and of October knock out round match.

In a season that could well mark the very first time all three Canadian MLS clubs make the post-season.

Harkening back to that early February roundtable, Impact Technical Director Adam Braz defined making the playoffs as getting through that dreaded knockout round.

No pressure there, then Frank.