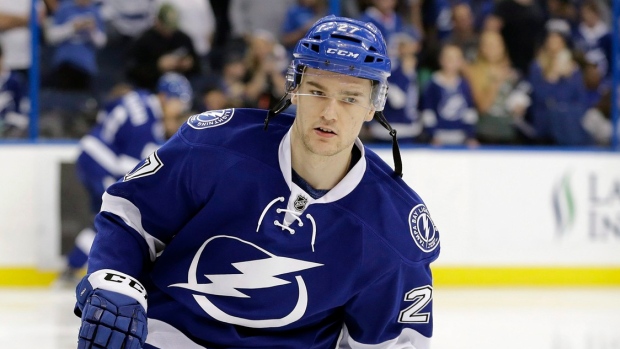 Drouin has five goals and an assist in six games since resuming his career with Tampa Bay's AHL affiliate.

Tanner Richard scored once and set up two more for the Crunch (27-25-13) while Jeff Tambellini had a goal and an assist. Anthony DeAngelo chipped in with three helpers.

Syracuse netminder Kristers Gudlevski made 22 saves for the win. Zachary Fucale started in net for St. John's and gave up six goals on 24 shots in two periods of work. Eddie Pasquale came in for the third and stopped the only four shots he faced.

The Crunch went 3 for 5 on the power play while the IceCaps scored once on four chances with the man advantage.

St. John's defenceman Brett Lernout was ejected in the first period for being the third man in on an altercation between teammates Josiah Didier and Richards.