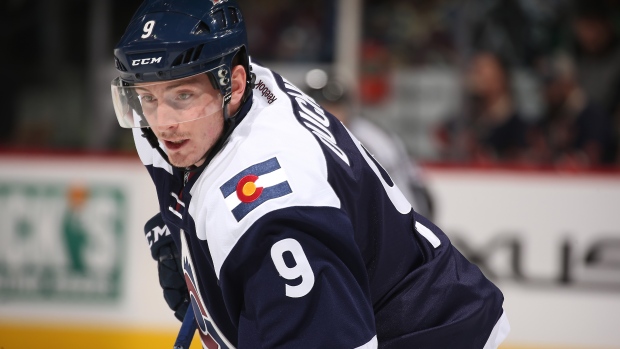 Despite an off-season filled with rumours around his name, Matt Duchene remains a member of the Colorado Avalanche and is trying to focus on only the things he can control.

Duchene attended Connor McDavid’s Power Edge Pro Camp in Toronto on Tuesday and was asked whether it’s been an anxious summer for him with his name on the trade block.

“Yes and no,” Duchene said. “I think right now I’m pretty relaxed, I know whatever’s going to happen is gonna happen. I don’t really have control of it and I’m just worried about being at the top of my game and kind of getting to where I was kind of the first half of last season, before everything kind of fell apart everybody in Colorado. I feel good right now, probably as good as I felt at any point during the year.

Duchene was placed atop the TSN Hockey Trade Bait List on July 1 and Avalanche general manager Joe Sakic has reportedly received multiple offers for the 26-year-old centre. Newsday reported in June the Avalanche turned down Travis Hamoinc, a first-round draft pick and a high-end prospect for Duchene.

Duchene scored 18 goals and 23 assists in 77 games last season with the team that drafted him third overall in 2009. He appeared to be on track to crack the 20-goal mark for the sixth time in his career, but scored just two goals in his final 26 games of the season.

He and teammate Tyson Barrie tied for last in the NHL with a minus-34 rating on the season.

It was a steady decline in production for the Haliburton, ON native this past season, who scored a career-high 30 goals during his 2015-2016 campaign. Duchene has tallied 174 goals and 244 assists in 572 career regular season contests and six assists in eight career playoff games.