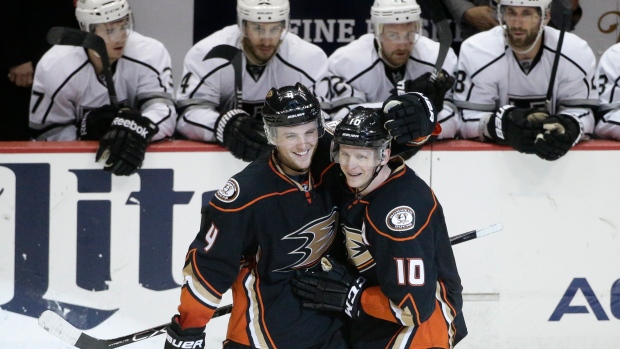 The Ducks announced the moves Monday.

Fowler was injured in the first period of Anaheim's 4-2 victory over Philadelphia on Sunday. The Ducks will determine his recovery time later in the week, but he isn't expected to be on their three-game road trip beginning Tuesday in Calgary.

Fowler has three goals and nine assists while playing in all 34 games this season. The former U.S. Olympian leads the Ducks in ice time with more than 22 1/2 minutes per game.

The 20-year-old Theodore has 16 points in 27 games with the Ducks' AHL affiliate in San Diego. He was recalled earlier this season, but has yet to make his NHL debut.