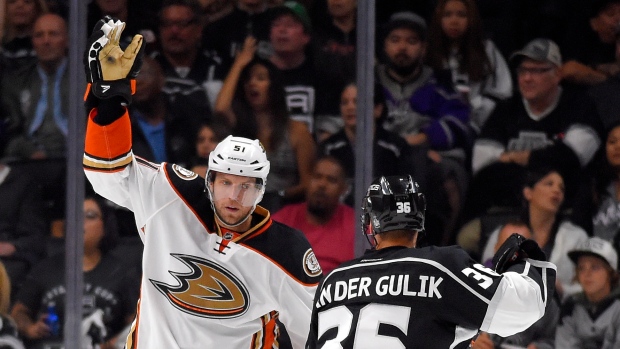 The four-time All-Star and two-time 50-goal scorer went unclaimed and has been assigned to the Norfolk Admirals of the American Hockey League.

Heatley, 33, is on a one-year, $1 million deal with the Ducks. A regular healthy scratch, appearing in only six games, Heatley failed to record a point as a Duck.

In 12 prior seasons in the NHL with the Atlanta Thrashers, Ottawa Senators, San Jose Sharks and Minnesota Wild, the Calgary native has scored 372 goals, including eclipsing the 20-goal mark on nine occasions.  Heatley claimed Olympic gold with Canada in 2010 in Vancouver.