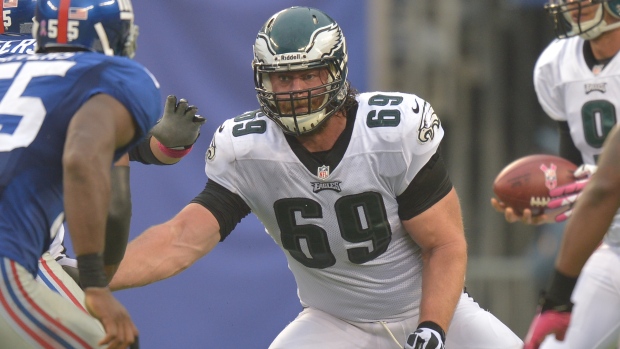 Evan Mathis’ at-times tumultuous tenure with the Philadelphia Eagles is over.

According to a report from the NFL Network, the Eagles have released Mathis, the 33-year-old Pro Bowl guard.

Mathis had skipped the team’s off-season workouts, unhappy with the five-year, $25 million deal he signed with Philadelphia in 2012.

The Eagles gave Mathis permission to seek a trade as long ago as last year. There were reports a trade was close prior to this year’s draft, but nothing ultimately materialized.