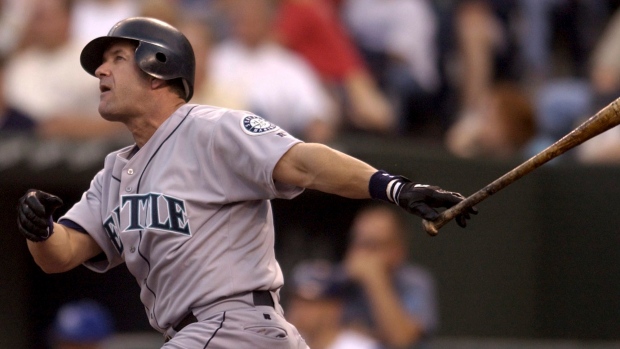 SEATTLE — Edgar Martinez trained for every aspect of his career.

As a player, he spent nearly two decades doing daily eye exercises to overcome strabismus, a condition that prevented his eyes from seeing in tandem. Rather than letting that become an excuse that kept him out of baseball, Martinez became arguably the best right-handed hitter of his generation and the prototype for what a designated hitter can be.

As a coach, he was a meticulous planner, often one of the first in the clubhouse daily. Before taking swings during batting practice — more than a decade after his last game — Martinez spent a week taking BP. He wasn't about to be unprepared before putting on a show players and fellow coaches wouldn't forget.

Why should his training and preparation be any different for his first speech as a Hall of Famer?

"I think it's like anything if you want to do it right and do well you have to practice," Martinez said. "In a way it's true, it's like that. You're preparing for some performance, whether it's hitting in a game or a speech."

Martinez will go into the Baseball Hall of Fame on Sunday, the first player to spend his entire career with the Seattle Mariners — 18 seasons in all — and find his way into Cooperstown.

His numbers are staggering yet often overlooked. Most of his career was spent tucked away in the Pacific Northwest on a team that until the magical 1995 season, when the franchise made its first playoff appearance in dramatic fashion, got little notice on the national stage.

Martinez hit .312 with 309 home runs in 2,055 career games with the Mariners. His numbers would be even more impressive if he had broken into the majors earlier. Martinez never played more than 100 games in the majors until he was 27.

"Day in and day out, he was prepared," teammate Ken Griffey Jr. said. "Thirty, 40 years ago a DH was an older guy who was on his way out, but a fan favourite, they wanted to keep him around. Now, it's guys who can flat hit and get a chance to go out and play every day.

"And he made that all possible."

Whether it's the pride of joining the fraternity of Puerto Rican players or his affection for the only franchise he's ever been associated with, Martinez is grateful to those who helped along the way.

"A lot of people play a role in my success and just keep it condensed and within 12 minutes. I'm close to having it just right," Martinez said of his induction speech.

Tom Davidson was one of those who helped.

"We told him, 'Give us 10 days and let's see what you think of it,'" Davidson recalled.

Nicknamed the "eye guy" by teammates, Martinez started working with Davidson in the late 1990s. For nearly a decade, Martinez had been doing eye exercises after Dr. Douglas Nikaita diagnosed his eye condition.

Davidson's technique became another step in the eye training. He developed a system using tennis balls travelling at high rates of speed to help strengthen and train the eye for recognizing pitches.

The training involved watching the tennis balls, which had small numbers written on them, and trying to focus the eyes to read and recognize the numbers as they buzzed by, sometimes as fast as 150 mph.

As Martinez put it, a pitch at 95 mph doesn't look so fast after seeing tennis balls go flying by at 130 mph or more.

"The eyes set the body up to be successful," Davidson said. "That's what Edgar always told me. And the longer you see the ball out of the hand and closest to the bat that you can, gives you all that time to adjust to the ball. That's what this training was all about."

Martinez hit .305 over his final seven seasons after first working with Davidson. He twice led the league in on-base percentage during that span and had a career-high 145 RBIs in 2000 at age 37.

Those swings during the back half of his career may not have been as impressive as what he did one day in Texas just a couple of years ago.

Scott Servais had never crossed paths with Martinez until being hired as Seattle's manager in 2016. Martinez was the hitting coach under the previous regime and remained on staff. Other than knowing Martinez's reputation as a hitter during the era both played, Servais rarely saw it in action.

Until one day in Houston during a session of early batting practice.

"We had another 20 minutes or whatever and I said, 'Edgar you want some?'" Servais recalled.

What happened when the man in his mid-50s stepped in?

"He threw somebody's sweaty batting gloves on and grabbed their bat and got in there, and about the third or fourth swing he's peppering them off the wall out there and up on the train tracks," Servais said. "You never forget those types of things."

What Servais may not have known was that Martinez had spent time in the batting cage for about a week, watching pitches and taking a few swings. He wasn't about to be unprepared.

"I did have some practice," he said. "It's excitement about it. In a way, a little bit of adrenaline, too. It was fun. It was fun to do it. I'm not ready to do it again."

Griffey is the face of Seattle's baseball history, but it's Martinez who is most adored. Spending his entire career with one team, combined with his affable personality, made Martinez a revered figure in the Pacific Northwest.

Griffey will forever be the first player to wear a Mariners hat into the Hall of Fame and has a statue in front of T-Mobile Park.

But it stands looking toward the intersection of Edgar Martinez Drive and Dave Niehaus Way.

"Edgar is Edgar. He doesn't ask for a lot. He takes pride in everything that he does," Griffey said. "When you ask him to do something, he wants to be the very best he can be."