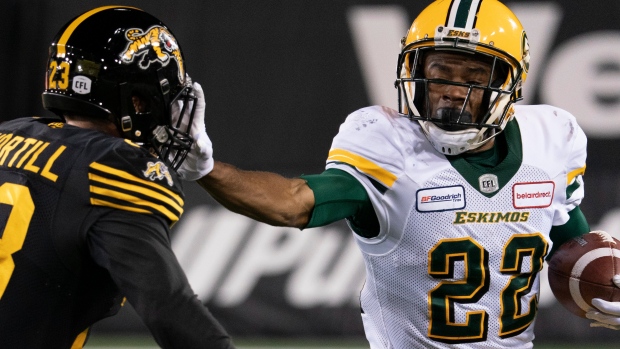 Jones joined the Eskimos on Aug. 4 in a trade with the Saskatchewan Roughriders. He appeared in 10 regular-season games with Edmonton, registering 40 kickoff returns for 825 yards, 44 punt returns for 421 yards and four missed field-goal returns for 164 yards.

Prior to Edmonton, Jones spent two seasons with Saskatchewan (2017-18).

Roughriders round out 2020 coaching staff

Dickenson returns for his second season with Saskatchewan after guiding the Riders (13-5) to first place in the West Division standings. The club's campaign ended with a 20-13 loss to the eventual Grey Cup-champion Winnipeg Blue Bombers in the conference final.

Prinsen and Lambert are newcomers to Dickenson's offensive staff.

Melvin is entering his first season with Saskatchewan.