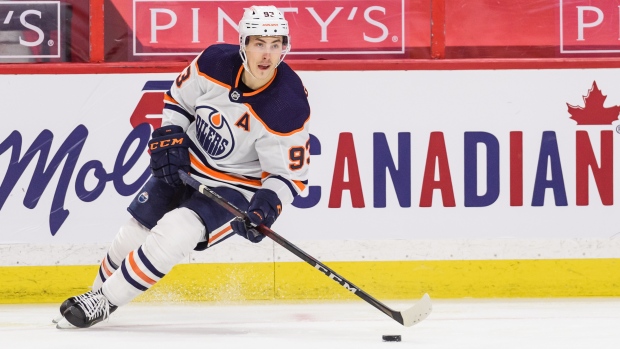 Edmonton Oilers forward Ryan Nugent-Hopkins is expected to return to the lineup on Wednesday against the Montreal Canadiens, head coach Dave Tippett announced after practice.

Nugent-Hopkins has missed the last four games with an upper-body injury, he was place on injured reserve on April 10.

The 28-year-old has appeared in 40 games this season for the Oilers and has 12 goals and 16 assists.

Tipp adds that he believes Dmitry Kulikov will be an option when the #Oilers play in Winnipeg on Monday.

Tippett believes that defenceman Dmitry Kulikov, who skated with the Oilers on Wednesday, will be an option when the team plays the Winnipeg Jets on Monday.