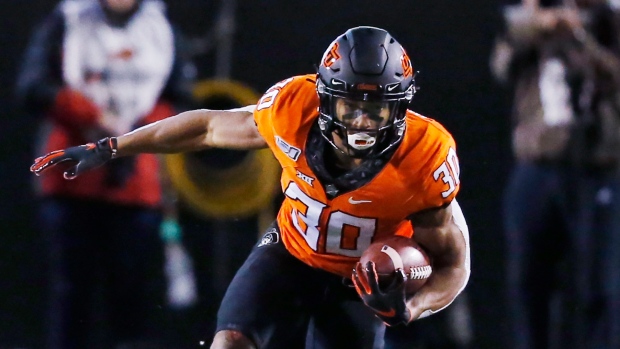 IRVING, Texas — Edmonton native Chuba Hubbard, the NCAA rushing leader, has been named the Big 12 offensive player of the year.

The awards, as determined by a vote of the league's 10 coaches, was released Wednesday.

Baylor coach Matt Rhule, whose No. 8 Bears went from 11 losses two years ago to 11 wins and a spot in this week's Big 12 championship game against No. 6 Oklahoma, was chosen as the league's top coach by his peers.