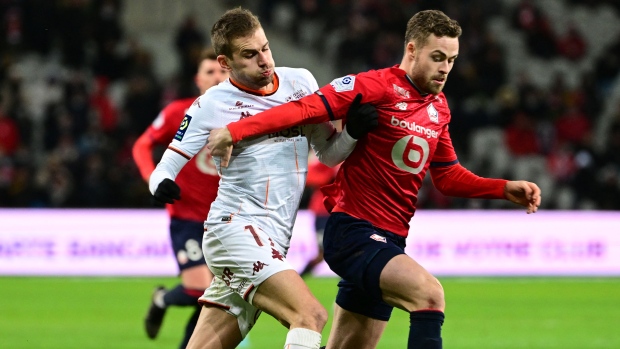 LILLE, France (AP) — Lille was held 0-0 at relegation candidate Metz in the French league on Friday, showing little to worry Chelsea before they meet in the Champions League.

The game ended on a sour note with Lille substitute Edon Zhegrova sent off in injury time with his second yellow card and Metz coach Frederic Antonetti shown red for his part in an altercation with the Lille coaching staff.

There were more flared tempers after that with referee Bastien Dechepy booking Lille’s Tiago Djaló and Metz’ Ibrahim Amadou before the end of the game.

The result against a team that had been level with bottom side Bordeaux dents defending champion Lille’s hopes of European qualification and will do little to boost confidence before it visits Chelsea for the first leg of their Champions League round-of-16 tie on Tuesday.

Coach Jocelyn Gourvennec reinstated goalkeeper Leo Jardim after dropping Ivo Grbic and was at least rewarded with his team not conceding any goals.