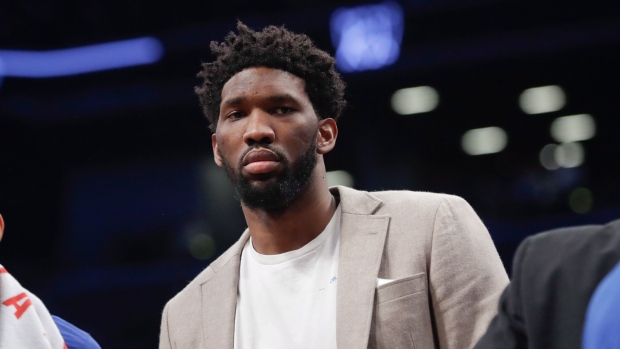 NEW YORK — The Philadelphia 76ers are listing Joel Embiid as doubtful for Game 4 of their first-round series against the Brooklyn Nets.

Embiid has been bothered by a sore left knee, but was able to play in the first two games of the series. He warmed up before Game 3 on Thursday night before it was decided that he couldn't play.

Embiid worked out Friday at the 76ers' practice in New York but coach Brett Brown said he didn't know and didn't have a gut feeling about whether his All-Star centre would be able to go Saturday afternoon.

The 76ers rolled to a 131-115 victory without Embiid and lead the series 2-1. Greg Monroe started at centre and had nine points and 13 rebounds.