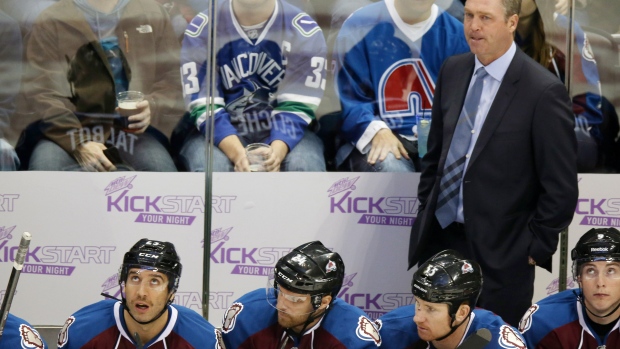 While systems and player deployment remains incredibly nuanced around the NHL, the influence of analytics and advanced statistics is being felt most at the end of games.

Coaches are pulling their goaltenders earlier in favour of the extra attacker, heeding a years-long call from the numbers community.

Those extra attackers have not yielded many points in the standings yet, but coaches are no longer deterred by public or media backlash over more lopsided final scores. There is little difference between losing 5-2 and 4-2.

“Let’s go for it,” Devils captain Andy Greene told reporters of his team’s new aggressive approach. “It’s easy to second-guess it after you know the result.”

The sample size is still ridiculously small, but a total of 18 empty-net goals were scored in the first week of the season, up from just seven in the same number of games a year ago.

The 18 empty-netters have artificially inflated NHL scoring through the first week, which is also down (5.3 goals per game) from a season ago (5.7). Of course, the sample size cannot be overstated.

What’s interesting is the average time at which those 18 empty-net goals were scored is with 1:42 remaining in the third period. On Tuesday night, the Senators added another insurance goal with 4:05 left - a full 55 seconds after Columbus coach Todd Richards yanked Sergei Bobrovsky.

The league-wide average time at which a goaltender was pulled last season was with 2:10 to go in a two-goal game. The average was 1:18 remaining in one-goal games (both figures according to FiveThirtyEight.com.)

Even though his team was shorthanded with Lee Stempniak in the box on Saturday, Hynes pulled Keith Kinkaid while trailing 4-2. The idea was to get the Devils to even-strength at 5-on-5 in the hopes of scoring a goal.

The Devils actually kept the puck out of the net for nearly the entire two minutes (1:45) before Matt Niskanen salted the game away to make it 5-2. With Kinkaid still on the bench, the Devils did add at least one more goal.

The Devils have allowed a league-high three empty-net goals, though, and remain 0-3-0. They have pulled Kinkaid both on the power play and penalty kill. The power play decision backfired with Nashville’s Roman Josi scoring from 142 feet away on Tuesday with no fear of icing.

According to war-on-ice.com, the optimal time (highest probability to score) to pull the goaltender in a one-goal game is with nearly six minutes remaining, with the probability dropping by the second.

Pulling goaltenders earlier could result in another one-and-a-half to two points in the standings over the course of a full season, according to FiveThirtyEight.com. The Devils are taking the long view.

“It’s tough, but we trust the coaches and systems,” Kinkaid said. “It will even out at the end of the season.”

For Hynes, who said he studied the numbers in the off-season, the approach is also situational.

“For sure, we had a lot of time [left],” Hynes told reporters of his decision to pull while shorthanded. “The [opposing] team is on a power play and they have some offensive players in there and not [their] best defensive players on the ice. I tried to give our team an opportunity to get back in it.”