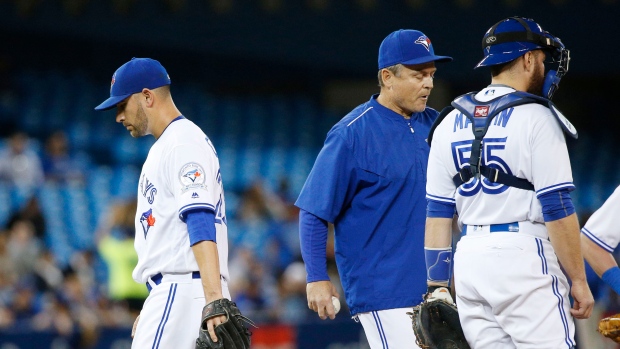 Estrada threw 29 pitches in a seventh inning that saw him surrender three earned runs on two hits, including a triple to former teammate Dioner Navarro. He was lifted for Jesse Chavez with two outs in the inning, bringing his pitch total for the night to 118.

The 32-year-old will have the benefit of an extra off day prior to his next scheduled start against the Texas Rangers at the Rogers Centre on Tuesday.

The 10-13 Blue Jays are next in action on Friday night when they visit the Rays in Tampa Bay for a second time this season.