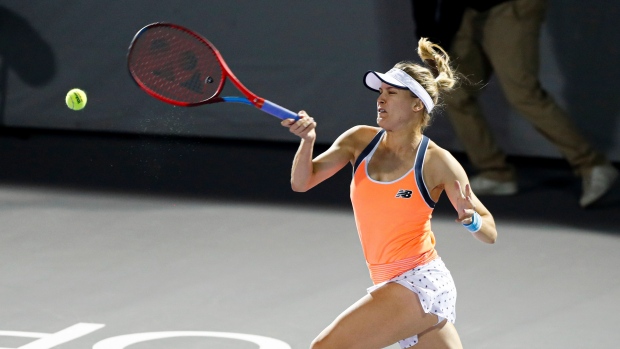 The 28-year-old posted the news on social media Friday, saying she'll concentrate on other tournaments, including the U.S. Open and the Australian Open, as she works her way back from a shoulder injury.

Bouchard underwent arthroscopic surgery on her right shoulder last June and said at the time that she tore her subscapularis muscle at the Guadalajara Open in March 2021.

She made it to the final round of the tournament before dropping the championship match to Spain's Sara Sorribes Tormo and has not played on the WTA Tour since.

Bouchard says she is continuing to train and rehab, and plans on returning to competition later this summer.

Hailing from Montreal, the former world No. 5 reached the finals at Wimbledon in 2014.