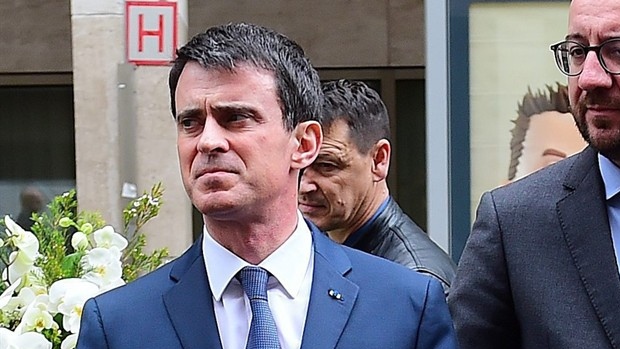 PARIS - French Prime Minister Manuel Valls said on Sunday that the European Championship soccer tournament will go ahead as planned, despite the attacks in Paris last November and Brussels last Tuesday.

Speaking on French state television, Valls said the "strongest answer to terrorists, in addition to the deployment of all intelligence and security measures, is life. The terrorists wanted to suppress life (...). The Euro should be held, and will be held."

With Europe on high alert, there are concerns that Euro 2016 in France from June 10-July 10 could be targeted, and especially the fan zones where spectators gather to watch games on large screens.

Valls said seven to eight million fans are expected to visit the open-air areas and that authorities will ensure their safety with strengthened security measures.

Security in fans zones "will be guaranteed with the same measures and methods as in stadiums," ensuring that "the party can take place," Valls said.

In the wake of the attacks in Paris that left 130 people dead, France remains in a state of emergency which was recently extended to May 26 - two weeks before the opening game of Euro 2016. Tournament organizers have increased the budget for security by 15 per cent.

But fan zones, which are generally set up in squares or parks near the centre of a city, are particularly vulnerable. According to senior officials handling tournament security, searches for explosives will be carried out at all fan zones when they open each day in the 10 host cities. There will also be systematic pat downs and metal detectors could be installed at entrances.

Fans carrying large bags won't be allowed inside and the areas will be placed under video surveillance.

"France is a great and modern country which is capable of guaranteeing its citizens' security," Valls said.

Asked about the possibility of having some matches played behind closed doors during the tournament in case of an imminent threat, Valls said "all possibilities should be considered, but it is not on the agenda for now."

Valls spoke two days before France's national team returns to the Stade de France for the first time since the Nov. 13 attacks, as the host country continues his tune-up for the tournament with a friendly match against Russia.

Suicide bombers blew themselves up that evening outside the stadium during France's friendly against Germany, killing one bystander.