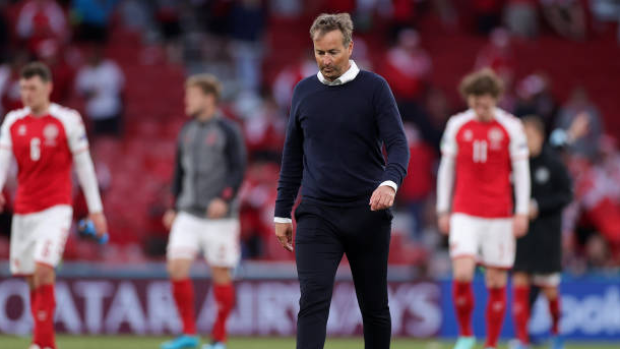 With Christian Eriksen still heavily weighing on their minds, Denmark returns to the pitch at home in Copenhagen looking to right the ship in what should be their biggest challenge of Group B in the No. 1-ranked team in the world, Belgium.

Coverage of Denmark and Belgium begins at 11am ET/8am PT on TSN 1/3 and streaming on TSN.ca, the TSN App and TSN Direct.

Kasper Hjulmand’s side suffered a shock loss to Finland in their opening match of Euro 2020, but that paled in comparison with the frightening situation with Eriksen who, team doctors said went into cardiac arrest on the pitch. Eriksen is now recuperating in hospital and says he’s feeling better.

“I’m fine — under the circumstances,” Eriksen wrote on social media. “I still have to go through some examinations at the hospital, but I feel okay. Now, I will cheer on the boys on the Denmark team in the next matches.”

After an emotional few days, Denmark will have to focus on one of the tournament’s favourites in Belgium, who will be buoyed by the return of Kevin De Bruyne. The 29-year-old Manchester City midfielder picked up a facial injury during last month’s Champions League final loss to Chelsea.

"The agenda for De Bruyne is clear: he is fit and can play,” manager Roberto Martinez said. “The question now is how much he can play. I am happy with the progress he is making. The same goes for Axel Witsel. We want every player ready for the next two games."

As for the back four, Jan Vertonghen’s involvement in the starting XI remains up in the air.

"At the moment Jan Vertonghen can train,” Martinez said. “The decision about who will play will be made after the training. If he does not have a reaction from the upcoming training session, then he is ready for Denmark.”

Martinez also acknowledged that Eden Hazard is once again set to start on the bench, but he plans to get the Real Madrid midfielder more playing time than the 18 minutes he featured against Russia.

Another area of concern for Martinez’s team is potential jetlag. Copenhagen is the third city in which the Red Devils have travelled in recent days, having played their opener in Russia, flown back to Belgium and arrived in Denmark on Wednesday.

Historically, Denmark and Belgium have been very evenly matched, but recent games have tipped the scale in the Red Devils’ favour. All-time, the two teams have each won six, lost six and have drawn three times. In the last four matches, though, Belgium is undefeated. The two countries played twice in 2018, having been drawn together in the same UEFA Nations League group. The Red Devils won both matches. Last time out, Belgium defeated Denmark, 4-2, in Leuven thanks to a Romelu Lukaku brace.