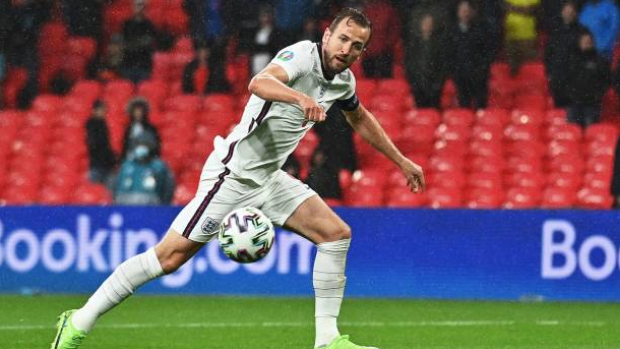 It wouldn’t be a major international tournament without handwringing and sky-is-falling rhetoric from England fans and media alike, so everything is right on schedule at Euro 2020.

As the Three Lions prepare to conclude their group-stage matches at Wembley Stadium against the Czech Republic, the feeling that England is underperforming is already palpable, despite the fact that the team has already gained passage into the knockout round via Monday's results. But Tuesday’s Group D finale still provides the opportunity for England to clinch top spot in the group and get a quiet offence going ahead of the Round of 16 against a Czech team also sitting on four points and moving on.

Despite enjoying a combined 55 per cent possession over their two matches, England has only scored one goal (Manchester City forward Raheem Sterling’s winner against Croatia on Matchday 1) and produced just three shots on goal. Manager Gareth Southgate knows that his attack, which was expected to be among the most deadly at Euro 2020, has to break through at some point.

"I think there are things which we need to work at as a team, which are the collective attacking patterns, and part of the issue is that we had a tactical problem against Scotland that we didn't solve," Southgate said of the dour 0-0 draw last Friday. "And that is huge credit to Scotland – they defended extremely well, in numbers but that was the problem we couldn't resolve."

Southgate’s counterpart, Jaroslav Silhavy, is focused on ensuring that the English attack doesn’t come to life against his team and has warned his players about shutting down the Three Lions’ captain.

"Harry Kane is a world-class player,” Silhavy said. “We will have to double-mark him, close him down well and not allow him any space. This is true for all their attacking players; we must not allow them to sprint into space because they are unstoppable then. We must double-mark them before they get to the penalty box."

Overlooked by many as an also-ran in the group heading into the tournament, the Czech Republic only need a single point against England to claim top spot in Group D as they head into the Round of 16 for the first time since 2012 and reach the knockout round of a major tournament for only the fourth time since the formation of the team in 1994.

As a plus to winning the group, Group D’s first-place team gets to cut down on travel and will remain in London for their Round of 16 match.

"We would like to win such a tough group; that would be a tremendous success for us,” Silhavy said of what’s ahead. At the same time, it would be fantastic to continue playing at Wembley because it is a fabulous stadium and we would enjoy playing here again."

England and the Czech Republic are no strangers to one another and not only because four members of the Czech squad (West Ham’s Tomas Soucek and Vladimir Coufal, Tomas Kalas of Bristol City and Burnley’s Matej Vydra) play in England. The two teams were grouped together in Euro 2020 qualifying and split the two matches they played against one another. At Wembley in March of 2019, the Three Lions won in a rout, hammering the Czech Republic 5-0 with a Sterling hat trick leading the way. But in the reverse fixture, the Czech Republic claimed a 2-1 victory in Prague that fall.

Southgate says the improvements being made within Silhavy’s team are obvious.

"I think that the defeat in Prague is more relevant than the 5-0 at Wembley,” Southgate said. “The Czechs were a different team than the team that played at Wembley. We know more about their players. We're conscious [that] their commitment for the national team is massive and we know the quality they've got. Some of their players have come to the Premier League and been excellent this season."

There will likely be at least one adjustment to Southgate’s starting XI. After coming into contact with Chelsea teammate Billy Gilmour of Scotland on Friday, midfielder Mason Mount, who has started the previous two games, and left-back Ben Chilwell are now in isolation from the rest of the team and unlikely to feature on Tuesday.

Only a win for England guarantees top spot in the group.