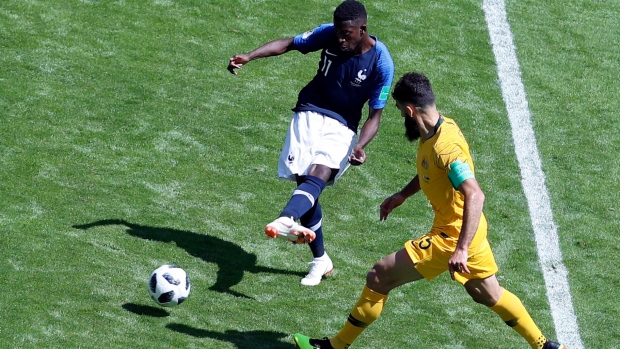 France announced on Monday that the Barcelona forward will miss the rest of the tournament with a knee injury incurred during Saturday's 1-1 draw with Hungary.

"Ousmane Dembele had an X-ray at the Budapest hospital on Sunday night," the French Football Federation said in a statement. "The recovery time is incompatible with him staying in the squad."

Dembele, 24, came on as a second-half substitute for Didier Deschamps' team, but needed to be subbed off after 30 minutes due to the injury.

The 2018 World Cup champions, Les Bleus sit atop Group F on four points after two matches, all but assured of passage to the knockout round. They conclude their group-stage schedule on Wednesday against Portugal in Budapest.

Bayern Munich winger Kingsley Coman is once again available for selection, having returned from paternity leave