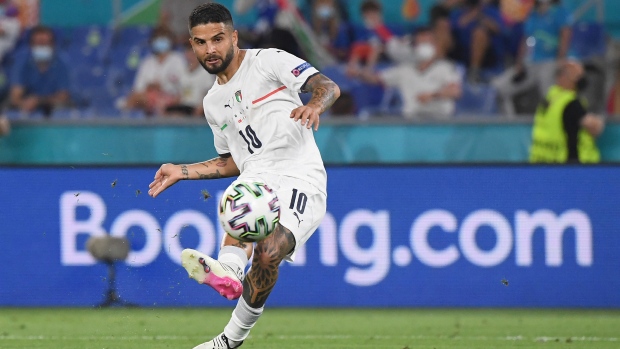 Going 3-0 in the group stage at a Euro is hardly a poisoned chalice, but it also doesn’t necessarily portend success for the three clubs – Italy, Belgium and Netherlands – who maintained a 100 per cent record at Euro 2020.

Prior to Euro 2020, nine countries had completed a group stage with a perfect mark, but only two – France in 1984 and Spain in 2008 – went on to win the tournament. The other seven fell at various stages from the quarters to the final itself. Among them was the 2000 Azzurri side who famously lost in heartbreaking fashion, 2-1 to France in extra time, in the final.

But this is an Italy team looking to make its own history and one that showed in the group stage that is capable of playing against any of Europe’s top sides, with Austria among them.

"It will be a very difficult game because it's the last 16 – there are no easy matches at this stage,” Azzurri and Paris Saint-Germain midfielder Marco Verratti said. “We saw it [Wednesday] with the Germany versus Hungary game. Germany were out with 10 minutes to go. These teams fight on the pitch, which is how it should be. It will be difficult. We need to continue to play the way we have. If we play with the same intent, desire and courage we have shown so far we can have a great match."

After missing the first two matches of the tournament and having been out of action for over a month with a knee injury picked up during PSG’s third from last match of the Ligue 1 season, Verratti – a surprise selection to his 26-man squad due to his status – made his return during the 1-0 win over Wales and set up Matteo Pessina for the match’s only goal. Verratti was a dynamo in his return to action, leading all players in touches (136), completed passes (106), tackles (four) and chances created (five).

"It was definitely emotional," Verratti said of his return. "I'm happy to be back doing what I love most, playing football. This tournament is really important for us. Representing Italy in tournaments like this is really special."

For Italy’s opponents, this match is rarefied air. For the first time in their three trips to the Euro, Austria is on to the knockout round with Saturday’s date in London.

"Wembley will be a huge event, but we're not letting ourselves get carried away with that,” Austria striker Marco Arnautovic, who has a goal in two matches played, said. “It's a huge game for every player; a round of 16 match for Austria is massive."

Midfielder Florian Grillitsch says his team is well aware that they’re entering the match with the Azzurri very long odds.

"Of course, we know that Italy are favourites,” Grillitsch said. “But we’ve already achieved something historic, why shouldn’t we keep going? We’re the underdogs, we’ll need another top performance, maybe raise our game another level and even get a bit of luck."

Italy and Austria have played each other on a number of occasions, including at four different World Cups where Italy won all four matches, but not recently. The Azzurri hold a 16-8-11 edge in the all-time series. The last time these two nations took the pitch was an August 2008 friendly in Nice, France. On that night, Austria and Italy split the points in a 2-2 draw.