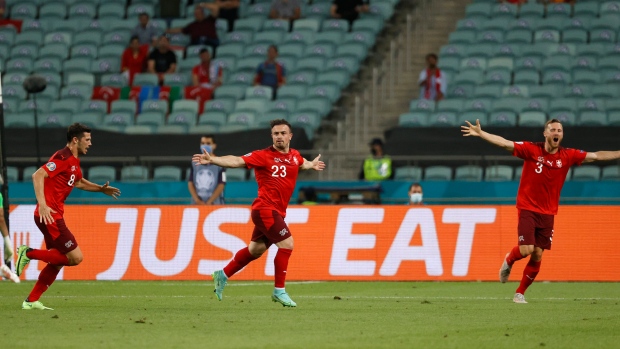 Xherdan Shaqiri scored two goals to give Switzerland a 3-1 victory over Turkey at the European Championship.

The victory might be enough to give the team a spot in the round of 16 as one the best third-place teams.

Winger Steven Zuber assisted on all three of Switzerland’s goals. Haris Seferovic scored the first one.

Irfan Can Kahveci scored Turkey’s goal. It was the team’s first goal of the tournament.

Turkey lost all three of its group matches and has been eliminated.