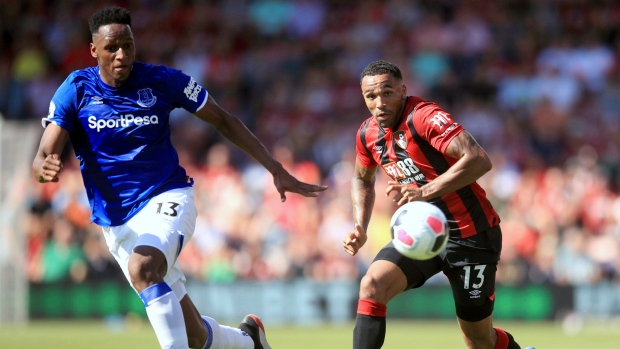 Everton's depth on defence is about to be tested early in the season.

Mina, 27, picked up the injury during the Toffees' season-opening 1-0 loss to Chelsea on August 6. It was one of two major injuries for Frank Lampard's side coming out of that match with Ben Godfrey also fracturing his leg that looks to keep him out of action for at least three months.

Everton played a 3-4-3 in Saturday's 2-1 loss to Aston Villa with Conor Coady, James Tarkowski and Mason Holgate, all recognized centre-backs, comprising the backline.

An injury to start the season is much the same way things went last year for the former Barcelona man. Mina was limited to only 14 games across all competitions due to various injuries in 2021-2022.

The Toffees, still looking for their first win of the season, entertain Nottingham Forest at Goodison Park on Saturday.