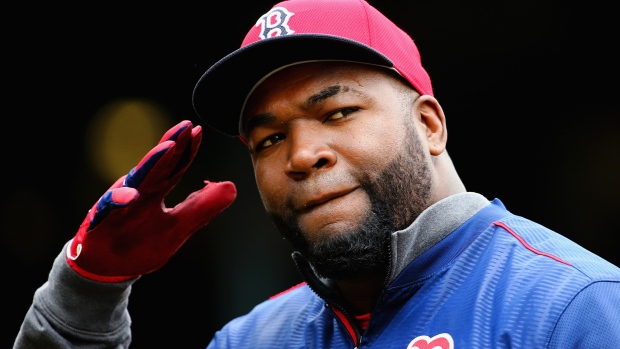 "He's a very special person, not to just to me, to a lot of people," said Francona, who managed Ortiz with the Red Sox from 2004-2011, a stretch that included two of the three World Series titles Ortiz won with Boston.

Ortiz was shot in the torso Sunday night in his native Dominican Republic. Doctors performed surgery and Ortiz was flown to Boston in an air ambulance Monday night. Once in Boston, he underwent two hours of exploratory surgery.

Francona said he spoke on Tuesday with one of the doctors who is treating Ortiz.

"I know he's in great hands. He couldn't be in a better place or with better people," Francona said. "He's in a great place, with people that obviously care about him but also are extremely good at what they do."

The veteran manager said Ortiz was more than just the charismatic face of the Red Sox.

"Extremely endearing," Francona said. "He could light up a room or put a room at ease with his smile, but I also got to see a side of him, how he prepared to hit and how dangerous he was at the plate and what a leader he was. He was a guy that I could go to."

Francona recalled a season when Ortiz was dealing with a wrist injury, which led to a reduction in playing time.

"We had our times where it was not easy," Francona said. "He was coming back from that wrist. We were platooning a little bit. We fought our way through it and got to a better place, but that happens in this game."

Ortiz has never been known as "Big Papi" to his former manager.

"He's always David," Francona said. "I don't why. I always called him David."