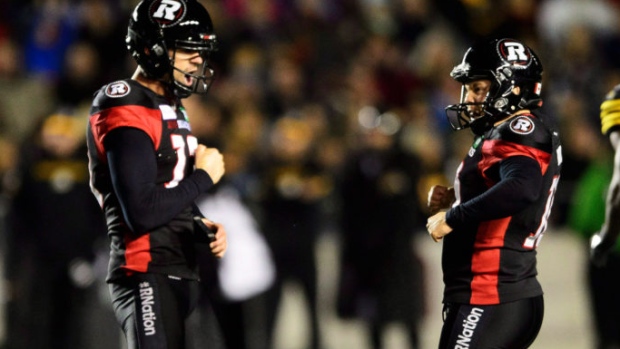 Former Canadian Football League punter Richie Leone has a workout with the Pittsburgh Steelers on Tuesday according to TSN Football Insider Farhan Lalji.

Punter/kicker @RichieLeone15 has a workout with the #Steelers on Tuesday. Needs to go Covid testing protocol before then. Avg 48.4 yds per punt in 2019. @CFLonTSN #RedBlacks @SteeIerNation @Steelers_news

Lalji adds that he needs to undergo COVID-19 testing protocol before then.

Lalji reported earlier in the week that Leone was opting out of his CFL contract to pursue an NFL opportunity.

Leone spent the first two seasons of his CFL career with the BC Lions before joining the Redblacks in 2018.

The 28-year-old has played in 71 games over the past four seasons.