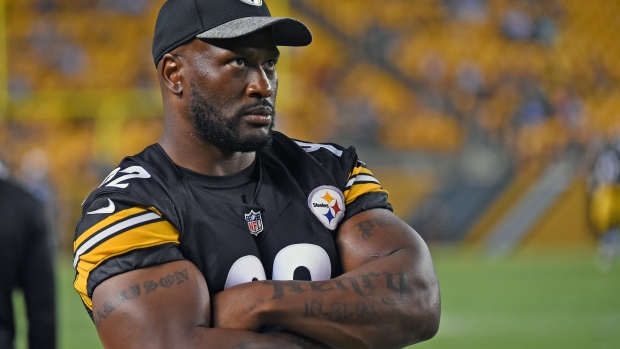 Longtime Pittsburgh Steelers linebacker James Harrison has officially signed with the New England Patriots after meeting with the team on Tuesday, the team has announced.

Harrison was cut by the Steelers Saturday in a roster move to make room for offensive tackle Marcus Gilbert, who was returning from a suspension.

The 39-year-old Harrison has been active in just five of the Steelers' games this year, despite being healthy. He's racked up just three tackles and one sack.

Harrison is the Steelers' all-time leader in sacks with 80.5. He's spent his entire 14-year career with the Steelers save for one year - 2013 - spent with the Cincinnati Bengals.