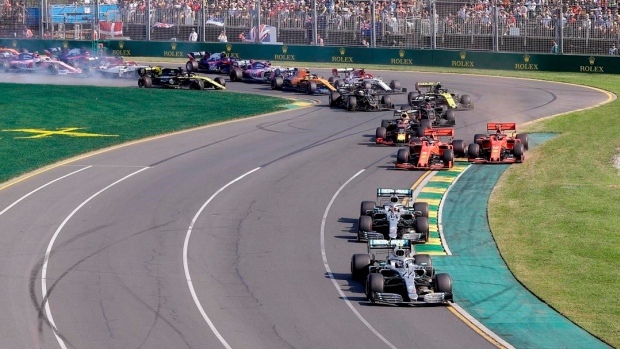 PARIS — Formula One teams gave their approval Thursday to testing out a different qualifying format at some races this year and also agreed to freeze engine development from the start of 2022.

Governing body FIA said an F1 commission meeting was held online Thursday looking at ways of making the current race weekend format more exciting for fans. One idea is to have shorter sprint races held on Saturdays to define the grid for Sunday's race, potentially earning drivers extra points in addition to those available on race day.

That would make the traditional low-key practice sessions more exciting, since Friday afternoon's second practice would effectively become a tense qualifying shootout for Saturday's mini-race held over a reduced distance of 100 kilometres (62 miles).

“All teams recognized the major importance of engaging fans in new and innovative ways to ensure an even more exciting weekend format,” the FIA said in a statement. “A working group has been tasked with creating a complete plan, with the aim to reach a final decision before the start (of) the 2021 Championship.”

The proposal needs 28 of 30 votes to be approved by the World Motor Sport Council before the season begins in Bahrain on March 28. The FIA and rights holder F1 carry 10 votes each while the 10 teams have one vote each.

If approved, the sprint-race format could be tested at Canada, Italy and Brazil.

F1 is also working with teams on the need to reduce costs and take further steps to reach carbon neutrality.

“A vote on the freeze of Power Unit development was undertaken during the meeting, and the proposal was unanimously agreed by all teams and manufacturers,” the FIA said. “As such, engine development will be frozen from the start of 2022.”

The FIA also said that approval has been given to hold the Portugal GP on May 2, as a replacement for the dropped Vietnamese GP, subject to final agreement with the race promoter. Portugal's Portimao circuit on the Algarve held its first F1 race during last year's Covid-19 reduced season.

This season's 23-race calendar is the longest in F1 history, and goes to Saudi Arabia for the first time before ending in Abu Dhabi on Dec. 12.