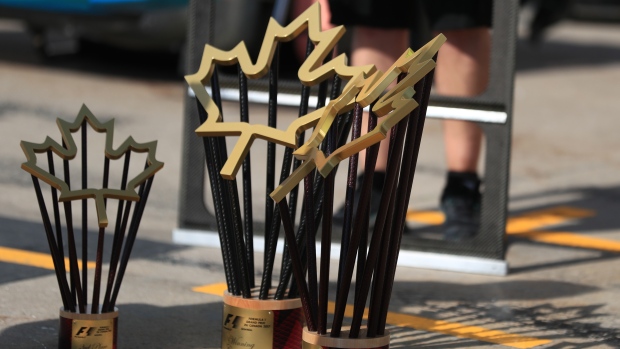 MONTREAL — The president of the Canadian Grand Prix expects to know by May 1 whether the Formula One race will take place on its scheduled date in June.

Francois Dumontier says a decision on the June 14 Montreal race will be made between Easter (April 12) and May 1.

The first seven races on the F1 schedule have been either postponed or cancelled because of the COVID-19 pandemic. Montreal is the eighth race.

"The decision will be a common decision between Formula 1 and myself," Dumontier said on a conference call Tuesday. "At this point, we all hope the race can go on on June 14.

"But at the same time we need to be realistic and look at the situation on a daily basis. We still hope the event can go as planned, but if not we will postpone it."

If the race is postponed, Dumontier said he hopes to hold the event toward the end of summer or the start of fall.

Most global sports events and major pro games have been cancelled or postponed this month because of the pandemic.

The Canadian Grand Prix is one of the biggest annual sports events in the country.

The first edition of the race was held in 1961 in Bowmanville, Ont. It has been held in Montreal since 1978, though it was off the schedule in 1987 because of a sponsorship dispute and in 2009 because of a dispute between the event and F1.

This report by The Canadian Press was first published March 24, 2020.