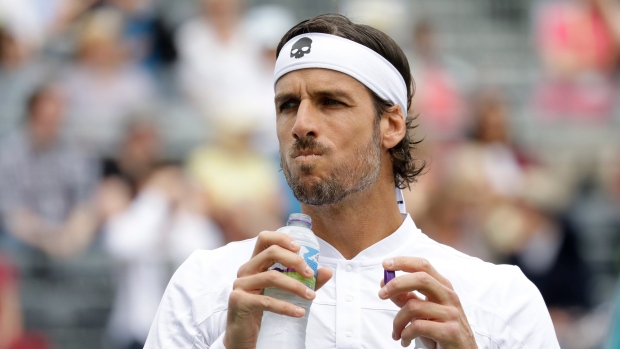 LONDON — Tennis player Feliciano López has denied any wrongdoing after being linked by Spanish media to a doubles match at Wimbledon in 2017 that was allegedly fixed.

López said on Wednesday at the Queen's Club tournament in London that "I feel it is extremely important to come to you and absolutely deny any link with the events described in relations to the allegations of match fixing."

Spanish online newspaper El Confidencial reported earlier this week that a match played by Feliciano López and doubles partner Marc López at Wimbledon two years ago had been mentioned in a phone conversation by a former soccer player who is being investigated as part of a match-fixing probe in Spanish soccer.

According to El Confidencial, Carlos Aranda said that he knew the Lopez pair would lose a certain match, which they did. The report does not say that the tennis players were involved or that they threw the match.

Feliciano López said that he and Marc López had contacted the Tennis Integrity Unit, a competition watchdog in the sport, to say they would "fully co-operate."