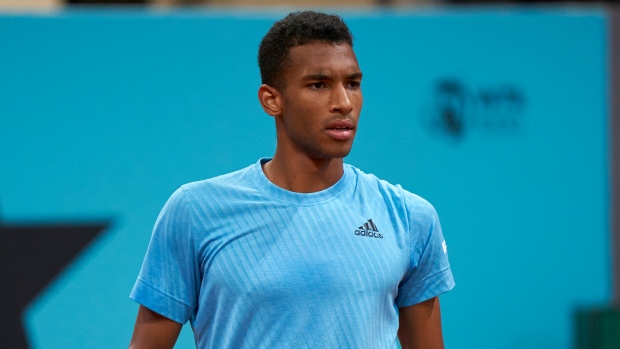 Auger-Aliassime, seeded eighth at the Masters clay-court event, battled back from a 4-1 deficit in the second set. He finally broke Zverev in the seventh game, then holding to tie the set 4-4.

Zverev held serve to make it 5-4 and once again had Auger-Aliassime on the ropes, but the Montreal native saved two match points before holding for a 5-5 tie.

The defending champion from Germany finally put the match away when he held for a 6-5 lead, then earned his fourth break to take the second set 7-5.

Auger-Aliassime, the eighth seed in Madrid, rolled into the quarterfinals with impressive wins over Cristian Garin and Jannik Sinner, but was outplayed early in the match with Zverev before coming on in the second set.

The German hit 27 winners and converted both break point chances he had in the opening set while not facing a break opportunity himself.

Auger-Aliassime fell to 2-5 against Zverev.

Zverev will face fourth seed Stefanos Tsitsipas of Greece in the semifinals.