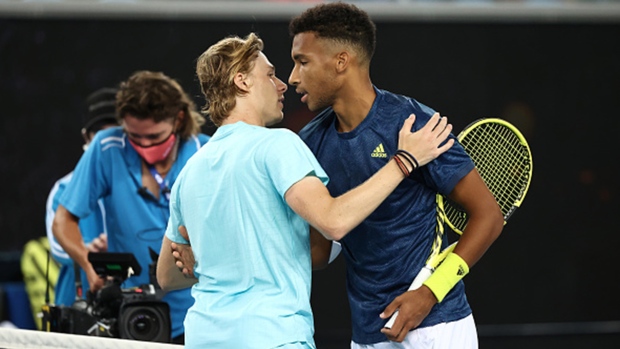 Montreal's Auger-Aliassime, ranked 12th in the world, and Shapovalov of Richmond Hill, Ont., ranked 13th, join Vancouver's Vasek Pospisil as returning players from the Canadian team that advanced to the final tie of the 2019 tournament before losing to host Spain.

Brayden Schnur of Pickering, Ont., and Peter Polansky of Thornhill, Ont., will also represent Canada at the tournament, which begins Nov. 25 in Madrid.

Auger-Aliassime, 21, will be representing Canada for the fourth time at the Davis Cup. His successful 2021 season saw him reach the semifinals of the U.S. Open and rise to a career-high 11th in the ATP Tour rankings.

Shapovalov, 22, will be taking part in his eighth Davis Cup event. He reaching the final of the Geneva Open and the semifinals of Wimbledon this year..

The 31-year-old Pospisil will be counted on to provide veteran leadership in his 21st Davis Cup event.

“We came so close to becoming world champions two years ago and, although we know it will be a great challenge, we believe that with Félix, Denis, Vasek, Brayden and Peter, we have a team capable of going all the way," team captain Frank Dancevic said in a release.

"We start with tough ties against Sweden and Kazakhstan, and all the teams that qualified are very strong, but we are heading to Spain with plenty of confidence that we can achieve our goal."

This report by The Canadian Press was first published Oct. 25, 2021.