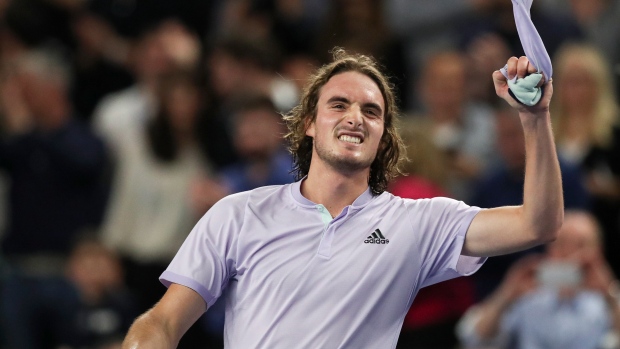 MARSEILLE, France — Canada's Felix Auger-Aliassime has dropped an ATP Tour final for the second week in a row.

The No. 7 seed from Montreal lost 6-3, 6-4 to No. 2 seed and defending champion Stefanos Tsitsipas of Greece in the Open 13 Provence tennis tournament final Sunday.

The 19-year-old Auger-Aliassime also lost in a tournament final last week in Rotterdam, Netherlands. He is now 0-5 in finals in his career.

"I feel disappointed," the Canadian said. "You never like losing finals, but now it has been five so it is in my mind.

"It is tough, but I think it is just going to make me a better player. It is going to build my character and I am going to overcome this challenge one day. I'll keep working towards that goal. I am working to win bigger tournaments and to achieve even better things, so I am not going to stop here.”

The 21-year-old Tsitsipas how has five ATP singles titles on his resume.

Auger-Aliassime has now lost two in a row against Tsitsipas after winning his first five matches against the Greek player (two in the pro ranks, three as juniors).

Tsitsipas saved four of five break points and won 78 per cent of points when he got his first serve in, 11 per cent better than Auger-Aliassime.

It was the second title in three events for Pospisil and Mahut but their first appearance since winning the 2016 ABN AMRO World Tennis Tournament.

"It was an incredible week," Pospisil said. "Honestly, I thought we played really clean the whole way through from the first round.

"We played really solid. Served well, returned well all week and we had a great energy on the court. That's obviously very important in doubles."

Pospisil and Mahut have won eight straight matches together, their lone defeat coming in 2015 in their doubles debut in Rotterdam. They didn't drop a set in this event.

This marked Mahut’s third title at Marseille. He won with Edouard Roger-Vasselin in 2012 and Julien Benneteau in 2017.

"It is always special to win a tournament at home." said Mahut. "When you have the chance to play with a good partner like Vasek, it is a great opportunity.

"I am really happy about this win."

This is Pospisil's first ATP Tour doubles title since claiming the Rotterdam trophy with Mahut in 2016.

"It's a pleasure playing with Nico, I think he’s the best doubles player in the world, in my opinion," said Pospisil. "(He has) the best volleys and he's also a really good guy.

"I think we just have a great time on the court and we are a great team."

This report by The Canadian Press was first published Feb. 23, 2020