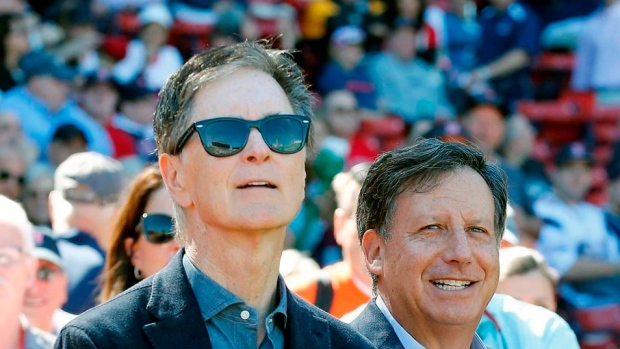 The Pittsburgh Penguins are changing hands.

It was announced Monday morning that Fenway Sports Group has acquired the controlling interest in the franchise and is expected to officially close the sale before the end of the year.

TSN Hockey Insider Pierre LeBrun reports the deal, which is also subject to approval from the National Hockey League Board of Governors, is worth around $900 million.

Fenway Sports Group, headed by John Henry and Tom Werner, is the parent company of both the Boston Red Sox and Liverpool. Los Angeles Lakers superstar LeBron James is also a partner.

The Pens have been owned by franchise icon Lemieux and Ronald Burkle since 1999 when the pair bought the team out of bankruptcy. FSG said in a news release that both Lemieux and Burkle "will remain part of the ownership group and will be closely aligned with FSG."

“As the Penguins enter a new chapter, I will continue to be as active and engaged with the team as I always have been and look forward to continuing to build on our success with our incoming partners at FSG,” Lemieux said in the release. “They have an organizational philosophy that mirrors the approach that worked so well for Ron and me over the past 22 years.”

“Mario and I came in together, and we are excited to become a part of the new ownership group,” Burkle said in the same release. “The Pittsburgh Penguins will be in good hands with FSG, and Mario and I are here to support them, committed as much as we’ve always been to the success of the franchise.”

According to Sportico's most recent franchise valuations released in October, the Penguins are the 15th most valuable franchise in the NHL and are worth approximately $840 million.

The Penguins have won three Stanley Cups since 2009 and five in total.