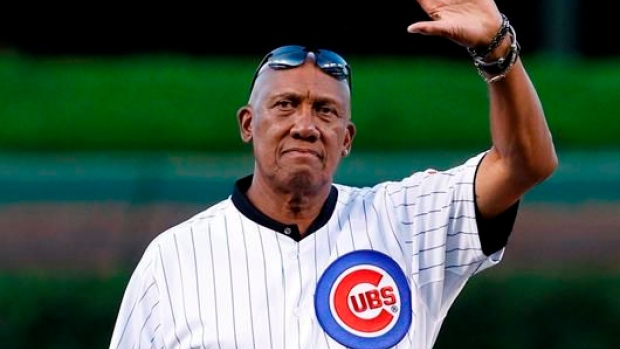 Fergie Jenkins didn't expect he'd be holding on to his status as the lone Canadian in the National Baseball Hall of Fame for nearly three decades.

So when Maple Ridge, B.C., native Larry Walker was voted into the prestigious shrine in Cooperstown, N.Y., on Tuesday night — in his 10th and final year on the writers' ballot — Jenkins was thrilled to finally put an end to his 29-year streak.

"I was anticipating him being elected maybe five or six years ago," the 1971 NL Cy Young winner from Chatham, Ont., said with a laugh. "But I'm pretty happy for him. I know he's happy, I know his family is proud of him.

"He put up some really good numbers and he's well-deserving of the Hall of Fame."

Jenkins, a three-time all-star who won at least 20 games seven times over 19 major league seasons, was inducted into the Hall of Fame in 1991 on his third year on the ballot.

While Walker surpassed the 75 per cent vote total required for induction by six votes, Jenkins made it in by two, receiving 334 votes of the 333 he needed.

But in an age before social media and online vote trackers, Jenkins had no idea how close his vote actually was, at least until the night before when Jack Lang, the writer tasked with telling players they'd been elected, gave him a call.

"Jack phoned me to say I was one of the leading candidates," the 77-year-old Jenkins said in a phone interview from his Arizona home. "He said if he phoned me at 5 o'clock the next day I was a Hall of Famer."

Jenkins, then the owner of a cattle ranch in Oklahoma, recalled the following day as "pretty ordinary." He did his daily chores around the ranch, made dinner for his kids, and waited for 5 p.m.

Then he had to wait a little longer.

"5 o'clock came I thought 'aww man, short again.' But Jack called about 10 minutes later and I was pretty happy," Jenkins said. "I was standing by the phone at 10 after 5 and boom, it rang."

Jenkins had already retired before Walker made his major league debut with the Montreal Expos in 1989, but he said he followed along from afar as Walker's career played out over 17 seasons.

The two first met in 2009 when Walker was inducted into the Canadian Baseball Hall of Fame in St. Marys, Ont. Jenkins, an alumni of that Hall since 1987, spoke to Walker after his induction and the two took a photo together — which Jenkins shared Tuesday night on Twitter in a congratulatory message for his countryman.

Jenkins and Walker, despite a 24-year age gap, have similar stories when it comes to their early baseball days. Both initially dreamed of becoming hockey stars — Jenkins maintains he was "a pretty good defenceman" — and both were noticed by scouts as teenagers at a time before Canadian high school players were eligible for the MLB draft.

Jenkins's break came from a former Phillies scout named Gene Dziadura, who had moved from Windsor, Ont., to Chatham and became a teacher at the high school Jenkins attended. Dziadura was also the one to convince a then 15-year-old Jenkins he belonged on the mound.

"I was a first baseman and he asked me why I didn't want to pitch," Jenkins said. "I told him 'we already have pitchers on our team. I want to be a first baseman so I can hit every day.' But he convinced me that the opportunity for me to get to the big leagues was to be a pitcher.

"I took his advice and two years later I signed a pro contract with the Phillies."

Walker, now 36 years removed from signing his own first pro deal with Montreal as a teenager, will be officially inducted into the Hall of Fame July 26 in a ceremony in Cooperstown.

Jenkins said that's likely the moment it will all sink in for Walker, and the moment his life will change.

"The biggest thing is you're able to put 'HOF' behind your name, and people recognize your career because of the fact that you're one of the best," he said. "That's what Larry Walker is now — one of the best — and it's a nice thing to get that recognition for playing your career."