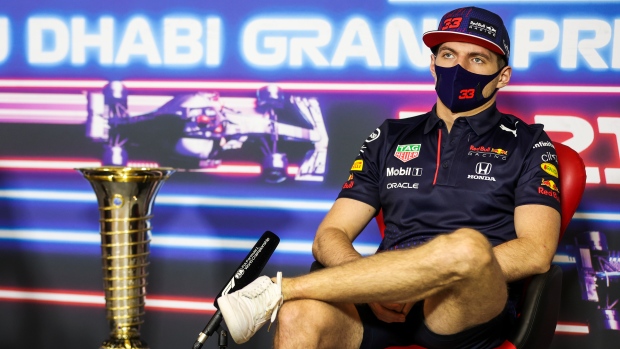 Ahead of the title showdown between Lewis Hamilton and Max Verstappen at the season-ending Abu Dhabi Grand Prix on Sunday, fellow Formula One competitor Fernando Alonso believes one of those two drivers has earned the right to stand at the top of the podium.

Alonso, who enters the race 10th in the standings for Alpine, points to Verstappen of Red Bull as the most deserving winner, despite a late charge from Hamilton in recent weeks.

“It will depend on the package a little bit," Alonso told Formula1.com. "Mercedes lately have been more performing and they’ve won a couple of races now, but Max is driving – in my opinion – one step ahead of all of us. We saw the (qualifying) lap in Jeddah, until he touched the wall at the last corner, that lap was coming from Max, not the Red Bull.

“In a way, that’s my opinion: Mercedes deserve the constructors’ championship because the car is superior and Max, maybe overall in the year, was driving one step ahead of everyone,” said the Spaniard.

Hamilton and Verstappen enter the race in a deadlock atop the standings with 369.5 points. This marks the first time since 2016 that the title has been undecided heading into the final weekend. It would be the first-career title for Verstappen, 24, while Hamilton, 36, is chasing his eighth championship.

However, Alonso makes it clear he is not favouring either Hamilton or Verstappen.

“It’s not that I support Max,” said Alonso. “It’s that he deserves it in my opinion. Everyone has a different opinion, but he is driving that Red Bull to another level.

"I think (they don’t need) advice because they are very well prepared, they are committed, they are fast, they are professional, no mistakes for both of them driving at the limit. I think it is very interesting to watch from the outside, that’s good.”

Once the winner-take-all race between Hamilton and Verstappen begins, Alonso will be focused on securing fifth place in the constructors' championship.

“I’m not in the fight so I’m supporting my team. We are fighting for fifth in the constructors’, we have a good advantage now over Pierre (Gasly) and Yuki (Tsunoda) and AlphaTauri but you never know what could happen in a race, so you need to be focused and deliver a good performance on Sunday."