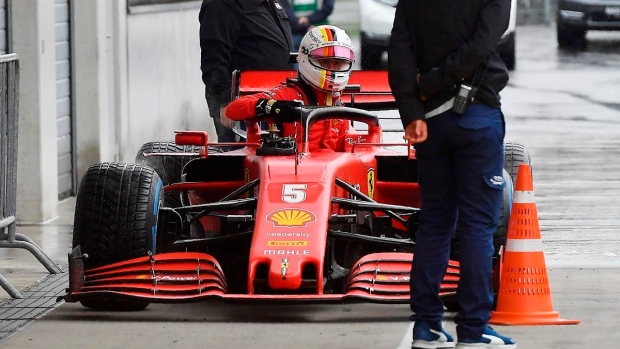 Ferrari announced on Wednesday they have restructured their technical department after a slow start to the 2020 Formula 1 season.

The team has created a new performance development department, which will be run by head of aerodynamics Enrico Cardile, and have also given a more prominent role to Rory Byrne, the team's chief designer during their run of success in the early 2000s

"We have started to lay the foundations of a process which should lead to a new and enduring winning cycle," team principal Mattia Binotto said.

"It will take some time and we will suffer setbacks like the one we are experiencing right now in terms of results and performance.

"However, we must react to the shortcomings with strength and determination to get back to being at the very top of this sport as soon as possible."

Ferrari have struggled with car performance to start the season with drivers Charles Leclerc and Sebastian Vettel in seventh and 10th respectively in the driver's standings after three races, although part of their poor performance was do to an early crash that took out both cars in the Styrian Grand Prix.

The recent Hungarian Grand Prix was the first time both Ferrari cars made it into the final session in qualifying.

Ferrari-powered customer teams, Haas and Alfa Romeo, have also struggled with speed to start the season.