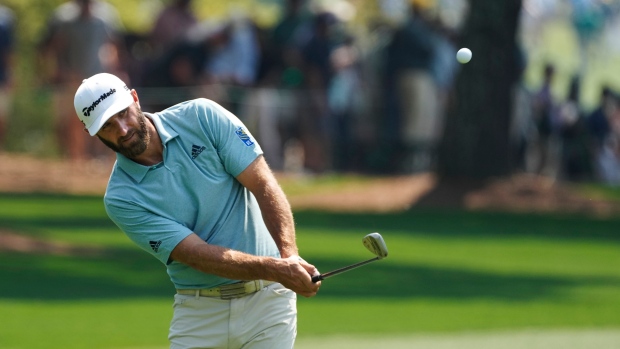 After Hideki Matsuyama became the first male Japanese golfer to win a major championship at the Masters, the PGA Tour heads down the road to Hilton Head, South Carolina, for the RBC Heritage this week.

Despite being contested just one week after a major championship, the field is pretty strong, with five of the top-10 golfers teeing it up.

The field is led by world No. 1 Dustin Johnson, who is coming off a missed cut at Augusta National.

By his standards, DJ is struggling quite a bit, with nothing better than a T-28 showing the last four tournaments he’s entered.

Harbour Town Golf Links is known for being a tight tree-lined test with some of the smallest greens on tour, so pure ball striking is at a premium.

Subsequently, most RBC Heritage events recently have been a tight affair, with the last eight championships decided by two or fewer shots.

Unlike most courses where the top players can smash drives and then find the ball with little worry, this track requires precision off the tee and takes the big stick out of the players’ hands often.

Before last year, this tournament was something of a breeding ground for first-time winners, with four straight champions making the RBC Heritage their maiden victory.

There are five Canadians competing, with all but one of them considered a long shot to get into the winner’s circle.

Corey Conners is Canada’s best hope, according to oddsmakers, as one of the +3000 favourites to win outright.

Adam Hadwin and Mackenzie Hughes, who like Conners are attempting to win their second PGA Tour event, are +10000 and +12500 dark horses respectively.

Nick Taylor is even further down the board at +25000 and Michael Gligic is an extreme +75000 long shot to earn his first title.

Here's our first look at the field for the RBC Heritage

Harbour Town Golf Links and Webb Simpson is a match made in heaven.

The defending champion loves this track, having also finished runner-up in 2013 after a playoff loss.

In his last four attempts, his worst result was a tie for 16th.

In his last 12 rounds at this venue, the 2012 U.S. Open champ is first in total strokes gained and SG: tee-to-green, second in SG: approach and fourth in ball striking.

Though you’re not getting a ton of value on Simpson, he’s a great bet to at least contend come Sunday, at least compared to betting favourite Dustin Johnson.

In five career attempts in Hilton Head, DJ has never placed inside the top-15, though he twice has been in the top-20 and was the 54-hole leader in 2019.

Johnson is on an uncharacteristic slump, especially by his standards, and his prodigious length is stifled by this shorter more demanding track.

With Simpson always competing well here, he’s the better play, and you’re getting him at longer odds, too.

Past Five Winners of the RBC Heritage

All signs point to Corey Conners picking off his second career title sometime soon, as he’s been dynamite in his last four stroke play events (He was T-61 in the Match Play).

In those last four events, all Conners has done is finish third at the Arnold Palmer Invitational, seventh at the Players Championship, T-14 at the Valero Texas Open and a very impressive T-8 at the Masters.

In the last 24 rounds, the Listowel, Ont., native is first in ball striking, second in both SG: tee-to-green and total strokes gained, third off-the-tee and approach.

This course should set up beautifully for Conners, who’s known for being an elite ball striker (seventh in driving accuracy, 10th in greens in regulation).

The cause for concern is his surprisingly poor track record around Harbour Town, with last year’s T-21 being the first time in four attempts he’s made the cut.

Conners is a different player than he was even up to two years ago, so at these +3000 odds, he’s someone to strongly consider this week.

When perusing down the board for any potential value bets to place, 2019 Wyndham Championship winner J.T. Poston sticks out like a sore thumb.

He’s had a solid, if unspectacular campaign, posting seven top-30 finishes in 16 tournaments.

His best event in that span was a solo third place at the Sanderson Farms Championship.

The main reason he’s so intriguing, especially with bloated +12500 odds to win outright, is his record in Hilton Head the last two years.

Both times he had great tournaments with T-6 and T-8 showings.

He’s hardly a household name, but that victory at the Wyndham Championship was remarkable, as he went the entire tournament without making a bogey.

If you’re not certain about him eventually being the last man standing, he sports really good odds for top 5/10/20 bets for him this week as well.