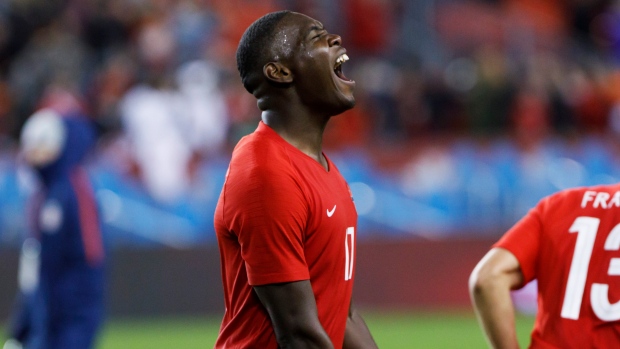 TORONTO — While Canada Soccer does not plan to release its roster for its first two World Cup qualifying games until Tuesday, word is already coming out on some players set for international duty.

CF Montreal said Sunday that defenders Kamal Miller and Joel Waterman as well as midfielder Samuel Piette have been summoned for the games against Bermuda on Thursday and the Cayman Islands on Sunday.

Canada Soccer has opted not to officially release its roster until two days before the first game because of the complexities in getting players in from around the globe during the pandemic.

The Canada-Bermuda game is officially a Canadian home match but has been moved to Orlando's Exploria Stadium because of pandemic-related border restrictions.

The Cayman Islands opted to shift its home game against Canada to Bradenton, Fla., for the same reason.

The Canadian men are currently ranked 73rd in the world, compared to No. 169 for Bermuda and No. 193 for the Cayman Islands. No. 141 Suriname and No. 200 Aruba are the other teams in Group B in the first round of qualifying in the CONCACAF region, which covers North and Central America and the Caribbean.

Only the six group winners move on, with the top team in Group B facing the winner of Group E (which consists of No. 84 Haiti, No. 149 Nicaragua, No. 170 Belize, No. 175 Saint Lucia and the 203rd-ranked Turks and Caicos Islands) in a home-and-away series in June.

The three teams to survive the first two rounds of qualifying advance to the final round in the region, joining Mexico (No. 9), the U.S. (No. 22), Jamaica (No. 47), Costa Rica (No. 50) and Honduras (No. 64). The eight teams in the so-called Octagon will play each other home and away, with each country playing 14 matches from September 2021 through March 2022.

The top three teams in the final round qualify automatically for Qatar 2022. The fourth team will take part in an intercontinental playoff to see who joins them.

The Canadian men, who are co-hosting the 2026 World Cup along with Mexico and the U.S., have only ever qualified for one World Cup — 1986 in Mexico where they exited after failing to score in losses to France, Hungary and the Soviet Union.