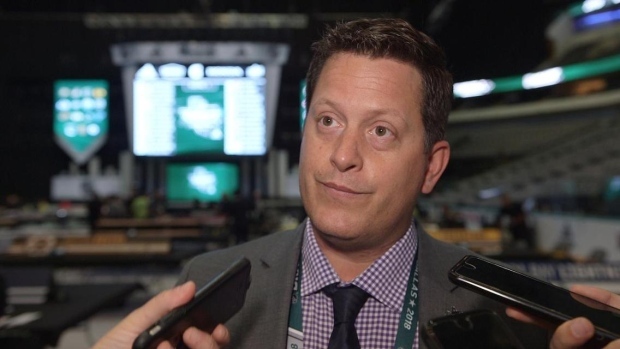 Will the Canucks miss Judd Brackett? 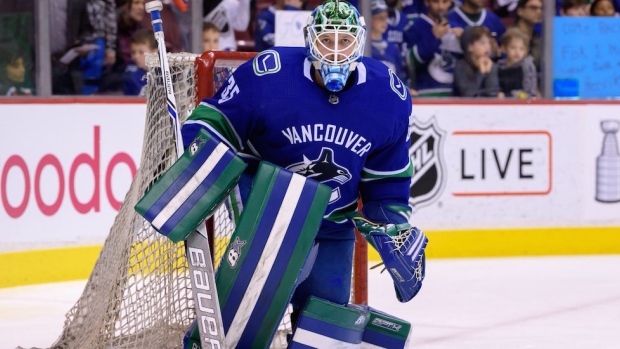 1) Just 24 hours after spending most of the night in their own zone defending against the Dallas Stars, the Vancouver Canucks turned in a very thorough team effort in a 3-2 overtime win in Chicago. From rookie Thatcher Demko on out, the Canucks overcame a difficult back to back road schedule against two teams fighting for their playoff lives and managed to post the team's first back to back wins since mid-January. Perhaps energized by their 3-2 shootout win in the Lone Star State, the Canucks didn't show fatigue playing on consecutive nights and for the third time in four nights in three different cities. With a patchwork defense being taxed to the limit, the Canucks have surrendered just seven goals in their past four hockey games since giving up six to Vegas in a 6-2 loss on March 9th. Monday was their third straight 3-2 result after falling in a shootout to New Jersey on Friday night at home and beating Dallas in a shootout on Sunday. Including a 4-1 win at home against the New York Rangers last Wednesday, the Canucks are 3-0-1 in their past four contests. The common ingredients in the results: terrific goaltending, a power play goal in three of the four games, primary offensive contributions (Pettersson, Boeser, Horvat) as well as secondary scoring (Motte, Schaller, Granlund). Had they been able find that recipe with any regularity a month ago, they may still be in the playoff mix.

2) Bo Horvat pulled the trigger on the game winner just 16 into overtime. He converted a give and go with Alex Edler to return the favour after Horvat had set up Edler on the Canucks first goal of the night. Horvat now has 25 goals which moves him just two back of Elias Pettersson for the team lead with nine games remaining. It's been a fascinating season for Horvat who has managed to produce despite a constantly changing cast of wingers. Ten of his first 11 goals were scored on the road. But since a late goal to force overtime in Nashville on December 13th, Horvat had scored his last nine goals on home ice. He snapped that streak with his second overtime winner of the season in Chicago on Monday night. Playing a relatively modest 16:52 on a line with Loui Eriksson and Tanner Pearson, Horvat had a team-high five shots on goal and was a beast in the face-off circle going 17-6.

3) United Center has quickly become one of Elias Pettersson's favourite building in the National Hockey League. Drafted in Chicago in 2017, Pettersson etched his name in the Canucks franchise record book picking up his 61st point to set a new mark for rookie scoring. He broke the record shared by Ivan Hlinka and Pavel Bure at 6:22 of the second period when he moved the puck to Brock Boeser whose shot was stopped before Markus Granlund deposited the rebound past Corey Crawford. When you consider the early season concussion and the knee injury suffered just after Christmas, plus the attention Pettersson has gained from opponents as the season has drawn on, he really has been a marvel to watch on a nightly basis and it's reflected in his production and the fact that despite slowing down offensively lately, he has built a 21-point lead in the freshman scoring race.

4) Two weeks ago, by his own admission, Brock Boeser was struggling and clearly wasn't playing at a level anywhere close to his capability. That seems to have changed. With another point Monday, Boeser pushed his career-best scoring streak to seven games (2+6=8). Post-game, Travis Green said this is the best Boeser has looked in his two-year NHL career. The coach added it had nothing to do with the points he is accumulating, but rather the conviction with which he is playing. On Monday in Chicago, Boeser was engaged from the outset. He wasn't dominant, but he was noticeable on almost every shift. He led the Canucks in shot shares with the team controlling 58% of all even-strength shot attempts when Boeser was on the ice. Perhaps the clearest indication of his intensity came when he was whistled for a holding the stick penalty with six minutes to play in a 2-1 hockey game. The usually mild-mannered Boeser was demonstrably upset with the officials and let them know about it. It was a rare outburst from Boeser who very nearly got his revenge when he stepped out of the penalty box and was set up neatly off the rush by Loui Eriksson but could not beat Crawford to extend the Canuck lead.

5) Thatcher Demko turned in his tidiest performance of the season stopping 29 of 31 shots in the Canuck net. An American, Demko soaked in the United Center atmosphere as the crowd roared, as it always does, during the Star Spangled Banner. He channeled that energy and gave the Canucks the kind of netminding they needed to get the victory. He was beaten on a late first period power play and then had no chance when the Hawks tied the game with under four minutes to play. A long shot deflected off Alex Edler and past Demko into the Canucks net. He laughed after the game that it was the kind of overtime period he likes -- he didn't face a shot on goal before Horvat won the hockey game. With nine games remaining on the Canucks schedule, it's unlikely Monday's performance, in isolation, will earn Demko any additional starts down the stretch. He's likely to have the net on three more occasions with an outside shot at a fourth. Regardless, the win in Chicago is certainly something to build on as the off-season approaches. To hold the high-flying Hawks to just two goals, to snap Chicago's five game win streak and to do it in a building like the Madhouse on Madison, Demko checked off a number of positive boxes with his performance on the night.