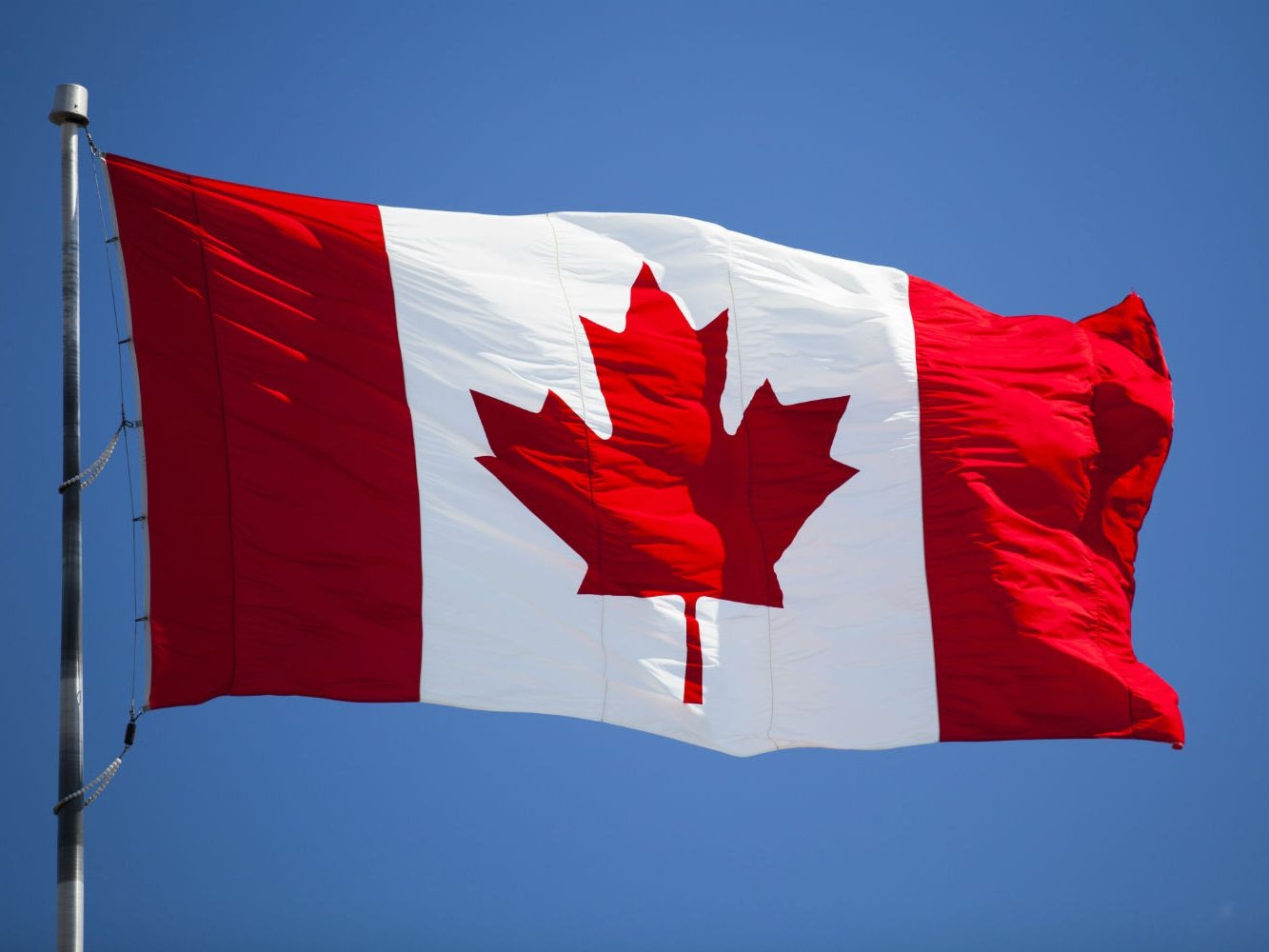 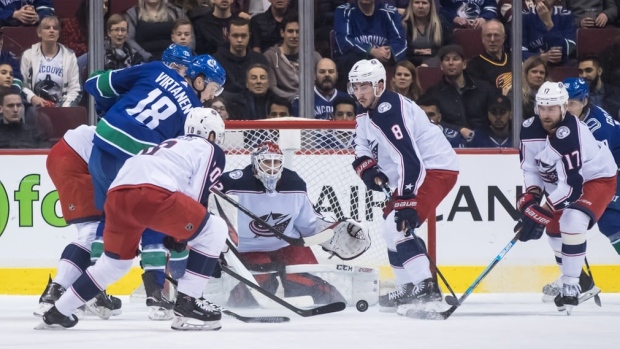 The Canucks fell 2-1 to Columbus on Sunday night

1) That one hurt. Then again, so did the one last Sunday in Columbus. And the ones in Toronto and Ottawa before that. And the one at home against Arizona in the middle. You get the point. The only game in the last six in which the Canucks got points was Friday against Colorado. With their grip on a Western Conference playoff spot slipping away, the hope had to be the Canucks would build off a solid final 40 minutes in a 6-3 win over the Avalanche. It didn't happen. They limited Columbus all night, but didn't generate much themselves and certainly not enough to win the hockey game. Sure, they came close -- Tyler Toffoli felt afterwards that he should have had three goals on the night as he hit a post, a crossbar and had a second period shot swept off the goal line -- but only an Elias Pettersson solo dash with under 12 minutes to play saved the Canucks from getting shutout. And any spark the Pettersson highlight reel goal should have produced failed to materialize. Over the final half of the third period, the Canucks remained relatively quiet and didn't look like a team that wouldn't take no for an answer.

2) The power play failed the Canucks on Sunday night. Many will look to the opportunity they had with the man-advantage in a 2-1 game with 8:50 remaining. And certainly, that one stung. It was a chance to generate the equalizer and give the Canucks an opportunity to get something out of the game. Perhaps the game died on the exploding stick of Elias Pettersson. Set up in his spot for a one-timer, Pettersson wound up and was ready to pull the trigger only to see his stick shatter and the hope of a comeback smashed with it. There was still time left on the power play, but the Canucks did nothing with it generating just one shot on goal with so much at stake. As meek as that power play opportunity was, the Canucks failed to generate a shot on their first two minutes with the man-advantage. With David Savard off for interference midway through the first period, the Canucks struggled with zone entries and rarely got set up. Even if they didn't score, they had the chance to grind a tired Columbus team that had played the night before and traveled in from Edmonton. Force their penalty killers to expend energy that they might need later in the game. Get them running around and out of position to tire them down. Instead, it was the Canucks that did the running around on the initial power play of the game. On the night, the Canucks went 0 for 3 with the man-advantage and outshot Columbus 4-2 over those six minutes. Many nights this season the power play has been a difference maker for all the right reasons. Sunday was not one of them.

3) The Canucks appeared to pass up way too many decent looks on the night. The coach mentioned it in his post-game remarks so clearly he saw it too. Perhaps a product of the Blue Jackets smothering defense, the Canucks looked like they wanted to make one too many pass rather than putting pucks on the net. They were facing Elvis Merzlikins who came into the night with outrageous numbers -- 2.39 GAA and 92.2% save percentage -- but he'd been out of the line-up with a concussion since leaving a February 22nd game in Nashville. Force Elvis to make a save. With the season slipping away, get the best shooters on the team to test the rookie netminder in high-leverage situations. Tyler Toffoli tried. He had a team-high five shots on 10 attempts. But Elias Pettersson and JT Miller each had two shots on goal and Bo Horvat had just one. Quinn Hughes had one shot that made it through to the net, but had six attempts blocked and one other that missed the target. At night's end, the Canucks held a 27-22 edge in shots on goal, but over the final period the shots were tied 12 apiece and according to Natural Stat Trick, the Jackets had an 11-7 edge in even-strength scoring chances and a 7-3 lead in high danger chances over the final 20 minutes.

4) Columbus has won three of its last 15 games. Incredibly, two of them have come at the expense of the Canucks over the past week. The Jackets other win during that stretch was an overtime victory against Ottawa which means the Senators collected a point for their troubles. That leaves the Canucks as the only opponent Columbus has faced since the second week of February that left empty-handed -- and it happened twice. That is mind-boggling. Everyone -- truly EVERYONE -- has been taking points off the Blue Jackets since February 8th. Everyone but the Canucks that is. Sunday was the Jackets first road win since February 2nd at Montreal. They were 0-3-4 in their previous seven as the visitors. But this is where the Canucks are right now. They are 1-5 in their last six, 5-9-2 in their last 16 and just 4-4-1 in their last nine at home. They haven't won consecutive games since a February 22nd victory over Boston and a 4-3 overtime win in Montreal on February 25th.

5) With 76 points and 14 games remaining on their schedule, the Canucks probably can't afford more than five regulation losses the rest of the way. The math is pretty simple. If the Canucks go 9-5 over their final 14, they will finish with 94 points which should be enough to qualify for the post-season. But if they lose a sixth game in regulation, it means the most games they can win the rest of the way is eight. Picking up 16 points would get them to 92 points which *may* be enough to earn a playoff spot, but it's also inviting trouble at this critical juncture of the proceedings. Any more than six regulation losses means they're looking at a maximum of 90 points and that probably isn't going to cut it. With two games left against Vegas, one in Colorado (on the back half of back to backs), one against Tampa Bay and one in Dallas among the games remaining on the schedule, you can certainly see the difficulty facing the Canucks now. That's what happens when you drop as many points as they have of late. It's not over -- not yet -- but suddenly the hill seems as steep as it has all season.