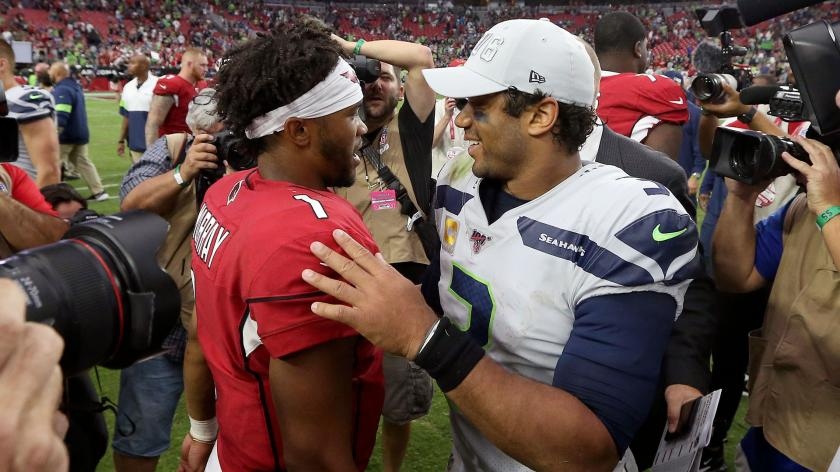 What is the most telltale NFL game this weekend? 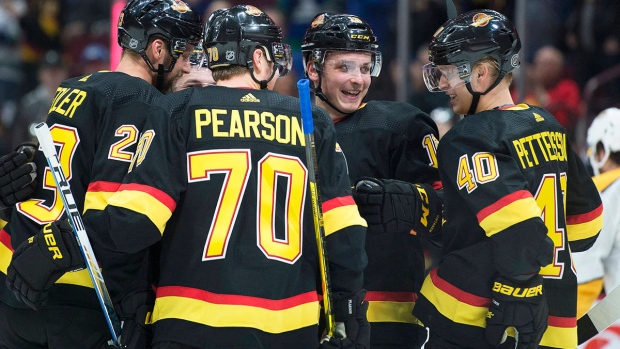 1) Monday was a good night for the Vancouver Canucks and a terrific kick-off to Sedin Week in the city. With Daniel and Henrik watching from a suite, the Canucks pounced on the Nashville Predators and jumped out to their first 3-0 lead since December 29th and their first 4-0 cushion since Alex Burrows joined the Ring of Honour on December 3rd. The game followed the script the Canucks used to go on a recent 14-3 run: they got spread scoring, their power play was potent and, most importantly, they got game-saving goaltending from Jacob Markstrom. When this team can check those boxes, it is hard to beat and that was the case against the Preds. The win put an end to a four game losing skid (0-3-1) and gives the Canucks 10 wins in their last 11 on home ice. If they're going to be a playoff team, the home record will likely be one of the key elements to helping this team lock down a post-season berth. The Canucks are now 18-6-3 at home collecting 39 of 54 available points so far this season. They're playing .722 hockey at Rogers Arena with four more games to go on season-high six-game homestand.

3) While the Canucks power play was certainly one of the key storylines on the night, a second period penalty kill may have been the turning point of the hockey game. With the Canucks sagging after two quick Nashville goals cut the Vancouver lead to 4-2 midway through the middle frame, JT Miller was called for tripping. The Preds had scored their first goal of the night on the power play and were going right back to work with the man-advantage. But that's when Jacob Markstrom stood every bit as tall as his 6'6" frame. The Canucks netminder was spectacular on a sequence that ended with Calle Jarnkrok all alone to Markstrom's right and the Preds working a backdoor play perfectly. As Jarnkrok pulled the trigger, Markstrom moved laterally and was able to to get his blocker arm on the shot denying what seemed like a sure-fire goal. There were other saves in the period -- breakaway stops off Rocco Grimaldi and Viktor Arvidsson and a one-time save off Colton Sissons that were also impressive -- but none more impressive or timely than the robbery off Jarnkrok.

4) One game after devoting space in this column to what I thought was an off night for Quinn Hughes, the young defenseman was perhaps as dynamic as he's been all season. He found his form in a hurry and looked to be in video game mode spinning away from Preds all night. Hughes led the Canucks offensive charge with three assists setting up goals by Brandon Sutter, JT Miller and Jake Virtanen. The young blueliner has been turning heads all season, but seemed particularly confident on Monday. When he's at the top of his game, he's nearly untouchable and that was the case against the Predators as he created all sorts of space for himself with his legs. When he opens up room and has time to make plays, that's when Hughes is at his most dangerous. Monday was his fourth three-assist game of the season. He's up to 44 points through 56 games and is now tied for fourth in scoring among NHL defensemen. That's not tied for fourth among rookie Dmen. That's tied for fourth among the best defensemen in the world and this guy is just 20-years old. Only John Carlson, Roman Josi and Victor Hedman are ahead of him. Incredible.

5) It can't be a coincidence. Last Tuesday, Elias Pettersson was injured on a late hit by the Bruins Matt Grzelcyk in Boston. There was no penalty on the play and there was no response from the Canucks. In the three games since then, the Canucks have now had four players drop the gloves. Jake Virtanen and Zack MacEwen fought in Minnesota the game after the Boston loss. JT Miller duked it out on Saturday against Calgary. On Monday, it was Tyler Myers' turn. This is a team that hadn't been involved in a fight since before Christmas and had just four fighting majors on the season before last Thursday. Sure, part of it is that they're playing teams in the playoff chase with them and the temperature is rising in these games. But it also seems clear that the Canucks want other teams to know that there will be a price to pay if they feel any of their players have been wronged. With the Canucks up 5-2 in the third period on Monday, Nashville forward Colton Sissons bowled over Jacob Markstrom. While there was a penalty on the play, Bo Horvat quickly pounced on Sissons in an attempt to stick up for his teammate. The gloves didn't come off, but the captain made an effort to defend his goalie and the team's most valuable player. The Canucks aren't about to become the 2020 version of the 1970's Philadelphia Flyers, but it does seem like the mindset has shifted and that players are going out of their way to let others in that locker room know they've got their back.