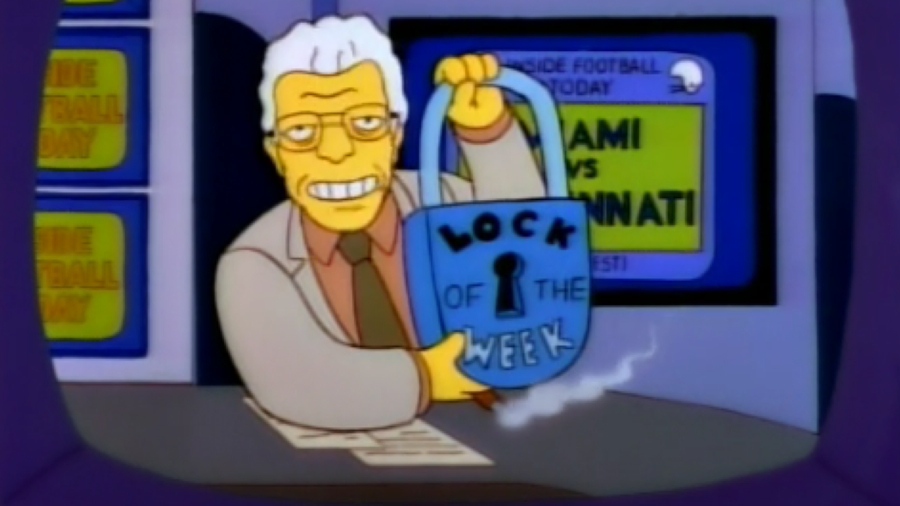 Not counting fantasy or pools, how often do you place wagers on sports? 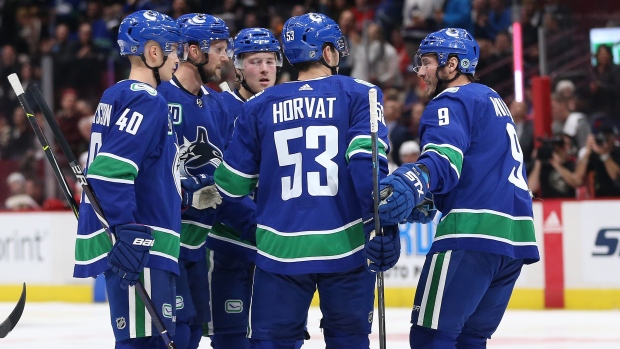 1) Don't look now but the Vancouver Canucks are on a roll. The team won its third straight game -- and swept its first homestand of the season -- with a 5-1 romp over the Detroit Red Wings. Aside from a ghastly first shift in which they surrendered the opening goal just 30 seconds into the hockey game, the Canucks were in full control the rest of the way thanks in large part to their special teams. The power play went 3 for 5 on the night and the penalty kill continued its excellent start to the season defending all three Wings chances with the man-advantage including a 1:37 with a pair of Canucks in the box early in the third period. Canucks penalty killers have now successfully killed 15 of 16 short-handed situations (93.8%) in the first five outings -- that puts them second overall in the league behind only Edmonton.

2) JT Miller led the offensive charge for the Canucks with a pair of power goals. His first came off a deflection of an Alex Edler point shot midway through the second period while his second goal went post and in off a wrist shot from the slot. However, Miller's most-effective play of the night won't be found on the scoresheet. He was the net front presence in front of Jonathan Bernier on Edler's long wrist shot on the power play just 1:13 into the second period. Miller effectively screened the Wings goalie as Edler snuck the puck just inside the post. Setting up shop in front of the opposition net is not easy in the National Hockey League and there is generally a price to pay to get there -- and stay there. Miller has shown a willingness and ability to go to the hard areas of the ice and it is paying off with a strong statistical start. He now has three goals and four assists and leads the Canucks in scoring through their first five games.

3) With Edler and Troy Stecher each scoring once on Tuesday, the Canucks now have six goals in five games from defensemen. This is a group that contributed 27 goals all of last season. Only Carolina (9) and Nashville (6) have more goals from their bluelines in the early going this season. To put the offensive outburst in perspective, it wasn't until the 17th game last season that the Canucks defense corps generated its sixth goal. Edler has three of the goals while Stecher joins Chris Tanev and Quinn Hughes with one apiece. Since Travis Green's arrival on the scene, he has demanded more offense from the defense. In past years, he just didn't have the horses. The early returns on a summer overhaul of the blueline are favourable. The Canucks have won more than they've lost and offensive contributions from the back end have played a key role in that fact.

4) The opening 30 seconds notwithstanding, Tuesday night turned into a nearly perfect season debut for Thatcher Demko. The young netminder, making his first start since the final week of the preseason, surely would have liked to ease into the game but wasn't given that chance. The team around him made all sorts of errors on the opening shift and before Demko knew what hit him Dylan Larkin was in all alone from the hash marks and made no mistake to give the Wings the early 1-0 lead. But after that, Demko settled down and settled in. He certainly didn't look like the early goal against fazed him in any way. Then the team in front of him responded and four minutes into the second period the Canucks were up 3-1 and off to the races. Demko had a cushion to work with and was really only tested during the Wings two-man advantage early in the third. Overall, the San Diego native stopped 25 of 26 Detroit shots. Going back to late last season, Demko is now 4-1-1 in his last six NHL starts. More than that, he's posted a 2.27 GAA during that run and a stellar 93.0% save percentage. Those are numbers that will give Demko confidence moving forward and should give everyone in the organization confidence in him as he carries the load in the short-term in the absence of Jacob Markstrom.

5) Sweeping the homestand was important for the Vancouver Canucks for a number of reasons. It puts the 0-2 Alberta start behind them. It gives the team confidence now heading into one of the toughest stretches of the schedule. The Canucks play nine of their next 12 games and 15 of their next 22 games on the road. That will take them up to the end of November and we'll have a much better read on where this team is by then. But in the short-term they accomplished a lot on the homestand. They've put themselves above .500 for the first time this season. They got so many players involved in the scoring in the early going. They proved to themselves they can score goals. And they created some momentum that they can take with them out on the road trip. Thursday's stop in St. Louis against the defending Stanley Cup champions won't be easy, but overall with a game in New Jersey where the Devils are off to a dismal start and a rematch with the Red Wings in Motown, this four game trip offers the opportunity for points in the standings. The Canucks have not been a good road team under Travis Green with just 15 wins away from home in each of his two seasons behind the bench. That's an area that has to improve if this team is going to make strides in the standings. The next few weeks presents both a challenge and an opportunity.