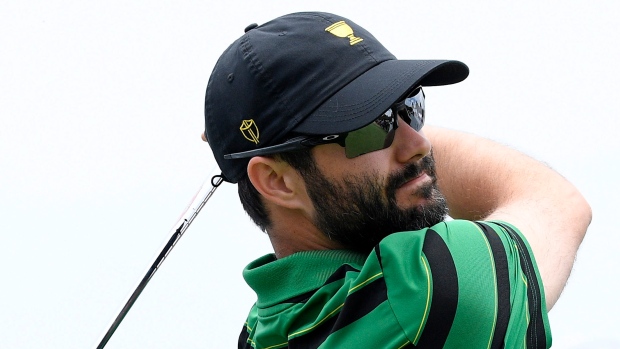 TSN Golf Analyst Bob Weeks gets you ready for the critical opening day at Royal Melbourne with a look at the storylines to follow and his predictions for the five opening four-ball matches.

The International team desperately needs to get out to a fast start. It hasn’t led after any session since 2005. That stunning stat shows why the rest-of-the-world squad has been on the losing end in all but two editions of the Presidents Cup. Getting out of the gate quickly, then, is a priority. Wisely, captain Ernie Els has selected four-ball in the opening round on Thursday, the format in which the International players have fared best. Over past cups, the U.S. leads in four-ball points 33-29, so the results have been fairly equal. Foursomes is another matter. The Americans lead 45-17 and haven’t scored fewer points in this format than their opponents since 1998.

Ernie Els has gone away from pairing up players based solely on their wishes. In the past, a lot of the partnerships were based on friendships. This time, it will be driven more by numbers. An analytics company, 15th Club, was hired to see what the statistics said were the best partnerships. Els has asked his players to buy in to it, if for no other reason than the Internationals have to try something different. The results are clearly shown in the sides announced for the opening session where there are pairings that likely weren’t predicted. It should be noted that 15th Club worked with the European Team as last year’s Ryder Cup, producing a victory for its clients.

No fans have more fun than Australian fans. They’re loud, proud and often hilarious. Expect nothing different at Royal Melbourne. “The crowd hasn't been as welcoming,” said Tony Finau, “and they shouldn't be. We're at an away game kind of thing.” The obvious targets of the good-natured but cutting barbs will likely be Tiger Woods and Patrick Reed. After being accused by International team player Cameron Smith of cheating, Reed will likely hear the comments from the crowd, a number of whom reportedly have threatened to show up at the event with toy shovels to mock Reed’s sand play. Say what you will about the charges on Reed, but a little bit of an edge is probably just what this event can use.

You may see a lot of players back off shots this week and it’s not always going to be because they want to change clubs. Royal Melbourne is being ravaged by Australian bush flies, which seem to be everywhere and take particular delight in buzzing around players’ heads. They dart and dash, causing players to swat and wave in an effort to drive them away. Team rooms are reportedly loading up on bug spray. “The flies have been absolutely horrible,” stated Gary Woodland. “I had heard about it before I got here, but it’s even worse than I thought.” If you’ve ever suffered through the massive mosquitoes in places such as Winnipeg in summer, you may be able to relate. Could this possibly be a factor in the outcome? A buzzing fly could certainly arrive at just the wrong time and cause a bad swing or stroke.

Adam Hadwin has had the Presidents Cup on his goal list ever since the last one at Liberty National ended. He’s worked hard to earn his spot and was rewarded via a pick by Els. He will go out in the opening round alongside Sungjae Im, taking on Patrick Cantlay and Xander Schauffele in four-balls. Two years ago, Hadwin partnered with Hideki Matsuyama to get half a point against U.S. heavyweights Reed and Jordan Spieth. The International team is the youngest in the event’s history and has seven first-timers so Hadwin, at 32 and with one appearance under his belt, is a welcome addition. Expect him to play a heavy load of matches this week.

Tiger Woods wants to get out first so he can finish and revert from player to captain and see the rest of his team play. But he also wants to make a statement. That’s also what Marc Leishman wants to do, pumping up the home crowd.

The American pair is strong, especially with Cantlay but Im could be the breakout player of this event with his consistency. Hadwin wants to justify his spot as a captain’s pick and his putter will need to be hot.

Adam Scott probably knows Royal Melbourne better than any player in the field and An’s short game, one of the best in golf, will be a huge asset. DeChambeau may still be feeling out his 25-pound muscle gain and how that affects his swing.

Lots of focus on bad boy Patrick Reed in this one but Webb Simpson has been playing some of the most consistent golf on the planet and hasn’t finished outside the top 25 in his last eight starts.

Louis Oosthuizen has been playing very well of late including a runner-up finish last week at the Australian Open. Johnson is coming back from knee surgery and his status is unknown.