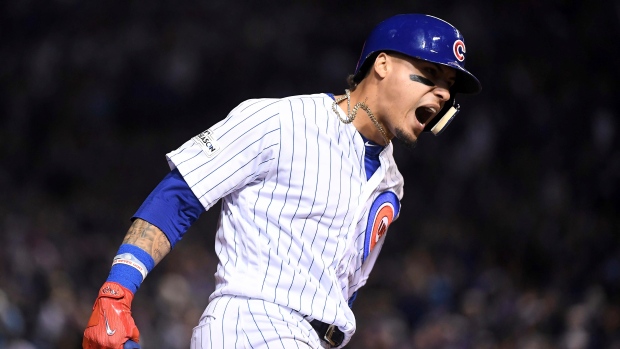 For even the most hardcore baseball fans, games sometimes go on too long. The dog days of summer can be gruelling. It’s nearly impossible to keep track of all 162 games a team plays. Especially one that’s re-building.

But there are players across the league who are fun to see in any context. Players that make us stop whatever we’re doing and pay attention regardless of the game, score or situation. Guys like this are rare and not every team has one, that’s part of what makes them so special.

We long to see them in action, now more than ever.

Given the current outlook and uncertainty of when – or if – the 2020 MLB season can begin, here are five young and exciting MLBers we’ve missed watching so much. 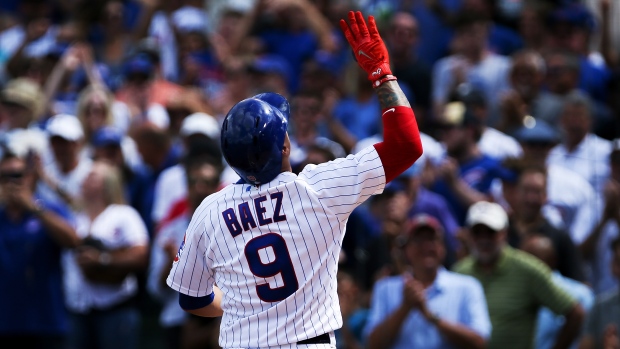 Javier Baez is as close to the perfect superstar as you’re going to get – he plays a premier position in a big market, brings energy to everything he does on and off the field and has a proven track record with the belief that his best days are still ahead of him.

Baez posted his second consecutive All-Star season in 2019 and was the Chicago Cubs’ leader in Wins Above Replacement (6.0) by a long shot. And did he ever do it in style.

Baez’s big swing featuring an exaggerated leg kick makes his home runs – which he’s hit 63 of the past two seasons – a thing of beauty. He isn’t shy about flipping his bat once in a while, either.

It’s not just longballs. Baez finds a way to make even the most basic plays memorable. The 27-year-old has a 7:31 video montage on YouTube dedicated solely to his ultra-athletic slides that have bailed him out of over-aggressive baserunning countless time. He’s also the king of tags, famous for his unfathomable quickness getting his glove down on runners sliding into second base. Although his native Puerto Rico came up short at the 2017 World Baseball Classic, Baez’s celebratory tag off a throw from catcher Yadier Molina to nail Nelson Cruz was arguably the most iconic play of the entire tournament.

"He is just the most exciting player in baseball," teammate Carlos Gonzalez said last summer. "I have watched him since he first came up, and he just keeps getting better and better. It's not just the home runs and defence. He does things on the field there is no explanation for." 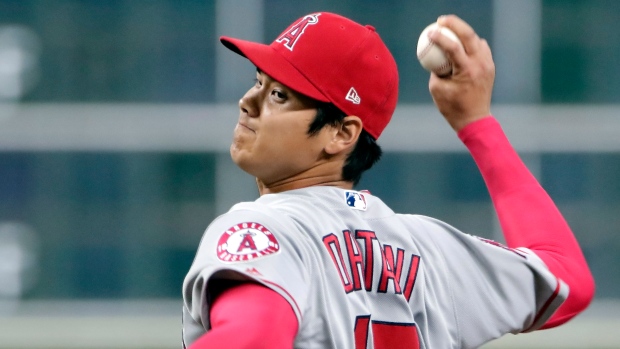 A 25-year-old with two incredible seasons under his belt and a career OPS of .883 is rare. Now just imagine him being able to throw 99 MPH with Cy Young stuff in addition to doing that level of damage at the plate.

It’s been a while – September of 2018 to be exact – since we last saw Shohei Ohtani on a big league mound. Tommy John surgery knocked out his entire 2019 pitching season, but it didn’t stop the two-way sensation from becoming maybe the most consistent hitter in the Los Angeles Angels lineup outside of Mike Trout. In 106 games last season, Ohtani hit .286 with 18 homers, 63 runs driven in and posted an OPS .848.

Before MLB’s shutdown, Ohtani was expected to return to the mound sometime around mid-season. One thing the Angels were exploring was starting him on Wednesdays each week as opposed to having him pitch as a conventional member of a five-man rotation, according to MLB.com. With a number of Thursday off-days in the Angels’ 2020 schedule, it would have made sense as a built-in day off with the option of taking his regular place in the lineup as a designated hitter the following day.

Who knows what the COVID-19 setback means for his workload in 2020. What we do know is when Ohtani makes his return to the mound, it will be must-see TV. 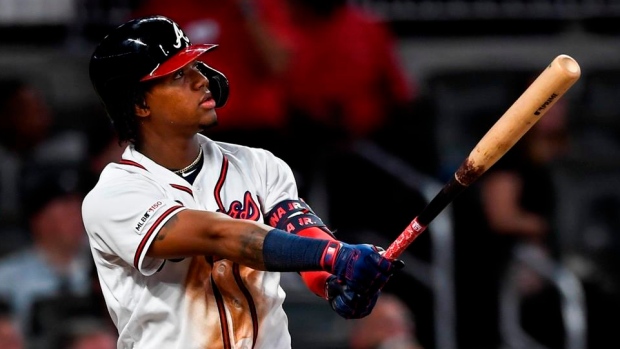 At the age of only 20, Ronald Acuna Jr. came into the 2018 season as the top prospect in baseball according to Baseball America. When he made his debut with the Atlanta Braves in late April, he was the youngest player in the major leagues. Expectations were impossibly high, and yet, somehow, he’s exceeded them.

One year later he became the youngest ever to sign a $100-million contract. Last September, he became the youngest to ever record a 40-homer, 30-steal season. His 37 steals were a league-best last year and he may well have become the fifth member of the 40-40 club if a groin injury hadn’t ended his season with six games to go. Oh yeah, he’s also got one of the best outfield arms in the game.

Acuna has done more by the age of 22 than the vast majority of players do in their careers. In fact, relief pitcher Shane Greene told his teammates last season Acuna might end up being the best to ever play. Sure, it’s a little crazy, but so is Acuna’s skillset.

“That swing? That swing is not typical," teammate Mark Melancon told ESPN’s Tim Keown. "The optics are different. You have a lot of guys who can hit a deep home run, but the way he does it – so quick, so late. He waits beyond what you think could be possible before he swings, and it looks like the bat is a toothpick.” 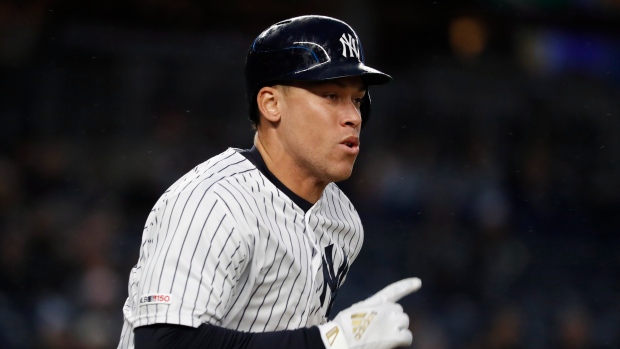 Just looking at Aaron Judge step into the batter’s box is a thrill in itself. Listed at 6-foot-7 and 282 pounds, Judge is the tallest and heaviest position player to ever play. There have been plenty of position players heavier and a handful taller, but no one quite like Judge’s size.

Only two pitchers (Jon Rauch and Jeff Niemann) are taller and heavier. But neither of those pitchers were as dominant or as overpowering as their stature would suggest. Judge is the opposite.

While injuries have limited him to 27 home runs in each of the past two seasons, the 27-year-old is known for getting his money’s worth when he connects. In June of 2017, Judge hit a ball a whopping 495 feet off then-Baltimore Orioles right-hander Logan Verrett that cleared the bleachers in left centre field in Yankee Stadium. Last season, Judge ranked No. 1 in average exit velocity among qualified hitters with the ball leaving his bat at a 96.7 MPH clip.

Judge is even more fun considering his teammate, Giancarlo Stanton at 6-foot-6 and 245 pounds, is probably his closest comparable in the majors. Not only will opposing pitchers have to face one giant in a hitter-friendly ballpark, they might have to face two in the same inning.

“He’s a guy you’re thinking about all the time if you’re on the other side. Not only how to get him out when he’s at the plate, but also figuring out how many batters away he is in the lineup at any given time,” his manager Aaron Boone said. 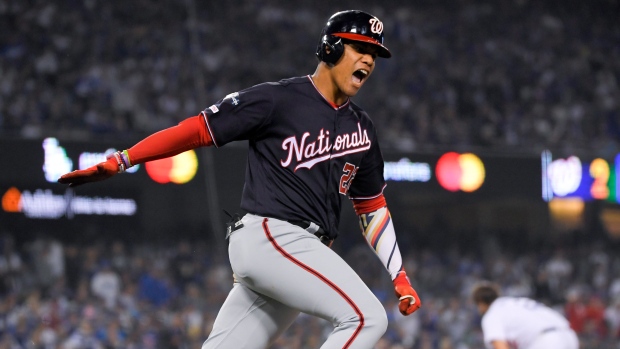 And he won’t turn 22 until late-October.

Soto isn’t just extraordinarily talented; he has a flair for the dramatic.

With the Washington Nationals down 3-1 in the bottom of the eighth inning against Milwaukee’s Josh Hader, possibly the best relief pitcher in baseball, Soto cleared the bases to give the Nationals a 4-3 lead and eventually book them a spot in the National League Division Series against the Los Angeles Dodgers.

The Nats once again had their backs up against the wall in a do-or-die Game 5, but it was Soto coming to the rescue again, going deep off Clayton Kershaw to tie the game in the eighth inning. He didn’t stop there.

After a rough NLCS, Soto was phenomenal in the World Series, drilling three home runs to help the team to their first title in franchise history. Exciting is one word to describe Soto. Another? Clutch.

"He came onto the scene and just hit the ground running. He continues to show his energy for the game, how he competes every pitch, and his plate discipline is as good as anybody's in the league. He's a special type of player,” Nationals ace Max Scherzer said.