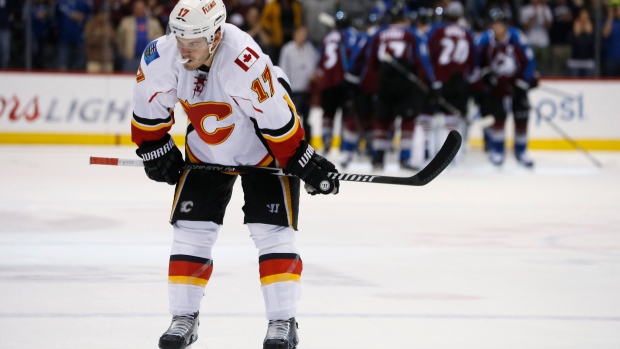 Calgary Flames forward Lance Bouma is out indefinitely after suffering a broken fibula in Tuesday's 4-3 loss to the St. Louis Blues.

The winger was hit into the boards by Blues forward Ryan Reaves and fell awkwardly, his left foot catching where the boards and ice meet.

Bouma missed nearly all of the 2012-13 campaign due to a knee injury suffered just three games into the AHL season while playing for the Abbotsford Heat when the NHL was experiencing a lockout.