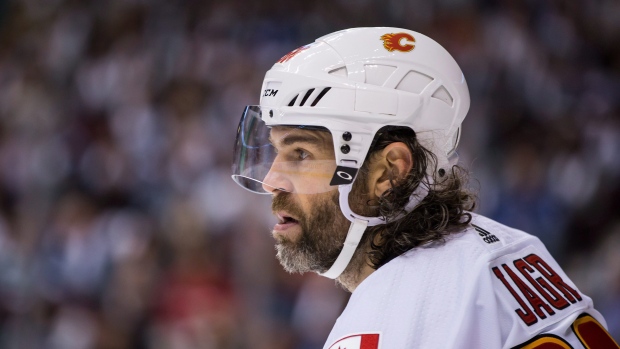 The 45-year-old Jagr has appeared in 22 contests for the Flames this season. He did not play in Thursday night’s 4-3 win over the Los Angeles Kings, sitting out with what the team called a lower-body injury.

The native of Kladno, Czech Republic has a goal and six assists on the season.

A 13-time All-Star, Jagr won the Hart Trophy in 1999 as the league’s most valuable player to his team and claimed the Art Ross Trophy on five occasions as the league’s top scorer.

Jagr has appeared in 1,733 contests and need to appear in just 38 more to overtake Gordie Howe for most games played in NHL history.

The Flames are next in action on Saturday night when they host the Anaheim Ducks.